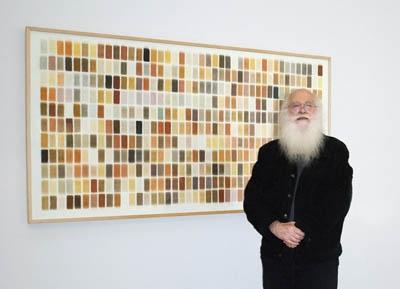 Herman de Vries (born 11 July 1931 in Alkmaar) is a Dutch artist. He typically stylises his name in lower-case as herman de vries on his artwork 'to avoid hierarchy'. De Vries works and lives with his wife Susanne in Eschenau near Knetzgau, Germany.

De Vries started painting in the late 1950s. He categorises these paintings as 'informal'. Using no figuration or colour, the paintings are his first steps towards randomness as a principle of order. This principle aims to achieve absolute objectivity, and has had a central role throughout his artistic career. Later, his concern for the (disrupted) relation between humanity and nature takes a leading role in his work.