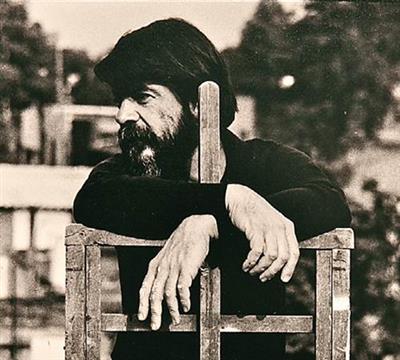 Fernando Garcia Ponce (1933–1987) was a Mexican painter who was born in Mérida, Yucatán and died in Mexico City. He became known primarily by his abstract paintings. His work mostly consists of oil or acrylic compositions, but some also include collage. The collage work may use a newspaper article or other materials included on the canvas. The paintings have very structured compositions making them feel more architectural rather than organic. The writer, Juan Garcia Ponce, is his brother who also wrote about the paintings Fernando Garcia Ponce created.


Ponce’s artwork is inspired by the cubist experience. The artist chose to work through depersonalization and the search of purity.


Later, he became more focused in exploring the balance between form and space. His goal was to push his artwork past its initial appearance to the viewer.


Ponce has allowed for his paintings to speak for themselves. His artworks are living spaces animated by the artist’s spirit.


“Since his first exhibition, Fernando Garcia Ponce showed that his paintings could be presided over by a sign of rigor. Influenced by cubism, his early works clearly displayed the feeling that had determined the choices of painters before him. Before Braque or Picasso, the memory of Juan Gris. Facing the temptation to include the complete reality of the object in the closed atmosphere of the painting, facing the creative liberty and the will to transform, the painter would choose depersonalization, the search of final purity of which is capable of formal representation. His cubism was, in the most profound sense, analytic.”


“His paintings are simple and difficult, empty spaces, spaces made alive through the presence of the creator’s spirit that becomes incarnated in the work.”


Some of his works are: