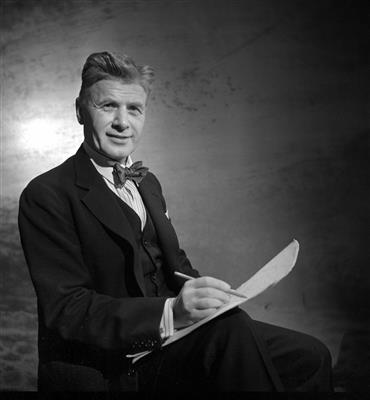 
Gritchenko studied philology and biology at the universities of Kyiv, St Petersburg and Moscow before turning to art. He studied painting in Moscow and established close ties with the collectors Sergey Shchukin and Ivan Morozov. In 1911, he visited Paris where he became an enthusiast of modern art, especially Cubist painting. After a trip to Italy in 1913-14, he blended with his study of early Italian Renaissance painters, creating a style that brought together the cosmopolitan and urbane with the orthodoxy of the Byzantine legacy of sacred art. Gritchenko devoted his theoretical work to the subject of Byzantine art and its links with modern art, and to an analysis of the formal and stylistic properties of Byzantine painting in terms of modernist tendencies and practice. He published several books and articles, the most important of which were his studies on the icon in relation to Western art, and also took part in contemporary discussions on various aspects of modern art.


After the 1917 revolution, Gritchenko became a professor at the Free Art Studios (Svomas) in Moscow and a member of the Commission for the Preservation of Historic Monuments. In 1919, he was offered the directorship of the Tretyakov Gallery, but decided to leave Russia by way of Crimea to Constantinople, leaving all his paintings and other possessions behind in Moscow. This period marked a distinctive and inspired period of watercolour painting.


In 1921, Gritchenko arrived in Paris, and twelve of his paintings of Constantinople were included in the Salon d'Automne, and Fernand Léger placed them next to his own works. A subsequent trip to Greece resulted in an exhibit at the Byzantine Museum in Athens. The art dealer Paul Guillaume introduced him to Leopold Zborovsky, another well-known Paris dealer. Dr. Albert Barnes acquired seventeen Gritchenko's paintings for his collection, now The Barnes Foundation in Philadelphia.


After 1924, Gritchenko lived in southern France. Gritchenko made frequent trips to Spain, Portugal, England and Scandinavian countries, and the paintings he brought from those visits were exhibited in several leading Paris galleries, such as Maison Bing, Granoff, Druet, De l`Elysse, Weil, and Bernheim-Jeune. Salons, especially the Tuileries and d`Automne, also exhibited his work. After an exhibition of Gritchenko's art at the Maison Bing in 1926, Louis Vauxcelles wrote about him, saying, "the young Ukrainian colorist conquered Paris." In 1937, a one-man exhibition with Gritchenko's works was held at the Museum of Ukrainian Art in Lviv, then under Polish rule, where his first Ukrainian-French monograph appeared.


To preserve Gritchenko's artistic legacy, the Alexis Gritchenko Foundation was formed in New York City in 1958. After the foundation was formed, Gritchenko held three more exhibits in New York and Philadelphia, the last in 1967 at the Peter Deitsch Gallery in New York. At the beginning of the sixties it was discovered that his paintings which had been in the collections of the Ukrainian Lviv Museum were destroyed as creations of "bourgeois formalism", together with works of Alexander Archipenko, Mikhail Boichuk and Heorhiy Narbut. This caused Gritchenko to bequeath a collection of seventy works including oils, watercolors and drawings, to the Alexis Gritchenko Foundation, with the provision that they be transferred some day to the museums of a free Ukraine. The foundation and the collection were held by the Ukrainian Institute of America (UIA)