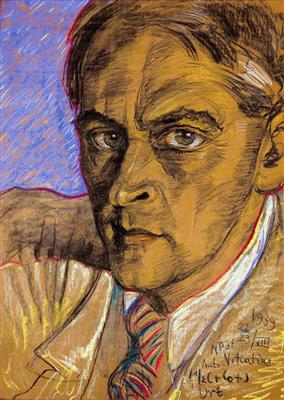 Born in Warsaw, Stanisław Ignacy Witkiewicz was a son of the painter, architect and an art critic Stanisław Witkiewicz. His mother was Maria Pietrzkiewicz Witkiewiczowa. Both of his parents were born in the Samogitian region of Lithuania. His godmother was the internationally famous actress Helena Modrzejewska.

Witkiewicz was reared at the family home in Zakopane. In accordance with his father's antipathy to the "servitude of the school," the boy was home-schooled and encouraged to develop his talents across a range of creative fields.

Witkiewicz was close friends with Karol Szymanowski and, from childhood, with Bronisław Malinowski and Zofia Romer. Following a crisis in Witkiewicz's personal life due to the suicide of his fiancée Jadwiga Janczewska, he was invited by Malinowski to act as draftsman and photographer on a 1914 expedition to Oceania, a venture that was interrupted by the onset of World War I. A happen-stance citizen of the Russian Empire, Witkiewicz went to St Petersburg and was commissioned as an officer in the Imperial army. His ailing father, a Polish patriot, was deeply grieved by the youngster's decision and died in 1915 without seeing his son again.

Witkiewicz witnessed the Russian Revolution while stationing in St Petersburg. He claimed that he worked out his philosophical principles during an artillery barrage, and that when the Revolution broke out he was elected political commissar of his regiment. His later works would show his fear of social revolution and foreign invasion, often couched in absurdist language.

He had begun to support himself through portrait painting and continued to do so on his return to Zakopane in Poland. He soon entered into a major creative phase, setting out his principles in New Forms in Painting and Introduction to the Theory of Pure Form in the Theatre. He associated with a group of "formist" artists in the early 1920s and wrote most of his plays during this period. Of about forty plays written by Witkiewicz between 1918 and 1925, twenty-one survive, and only Jan Maciej Karol Hellcat met with any public success during the author's lifetime. The original Polish manuscript of The Crazy Locomotive was also lost; the play, back-translated from two French versions, was not published until 1962.

After 1925, and taking the name 'Witkacy', the artist ironically re-branded his portrait painting which provided his economic sustenance as The S.I. Witkiewicz Portrait Painting Company, with the tongue in cheek motto: "The customer must always be satisfied". Several the so-called grades of portraits were offered, from the merely representational to the more expressionistic and the narcotics-assisted. Many of his paintings were annotated with mnemonics listing the drugs taken while painting a particular painting, even if this happened to be only a cup of coffee. He also varied the spelling of his name, signing himself Witkac, Witkatze, Witkacjusz, Vitkacius and Vitecasse — the last being French for "breaks quickly".

In the late 1920s he turned to the novel, writing two works, Farewell to Autumn and Insatiability. The latter major work encompasses geopolitics, psychoactive drugs, and philosophy. In 1935 he was awarded the Golden Laurel of the Polish Academy of Literature for his novels.