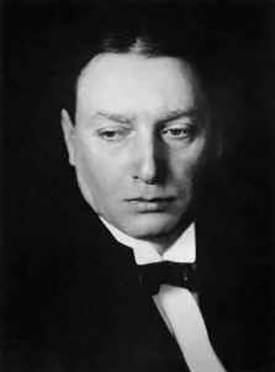 Emil Filla (4 April 1882 – 7 October 1953), a Czech painter, was a leader of the avant-garde in Prague between World War I and World War II and was an early Cubist painter.

Filla was born in Chropyně, Moravia, and spent his childhood in Brno, but later moved to Prague. Beginning in 1903, he studied at (Academy of Fine Arts, Prague), but he left the school in 1906.

Filla was a member of the group Osma (The Eight) in 1907–1908, which had commonalities with the Fauves and also had direct ties to the German Expressionist group Die Brücke. Important works by Filla from this period include Reader of Dostoevsky (1907) and Chess Players (1908). In 1909, he became a member of the Mánes Union of Fine Arts.

Beginning in 1910 he painted primarily in a Cubist style, strongly influenced by Picasso and Braque, and produced works such as Salome (1911) and Bathers (1912). He also began to paint many still lifes around that time. In 1911 he edited several issues of Volné směry, promoting Cubism and publishing reproductions of works by Picasso. After both readers and the leaders of Mánes reacted negatively, he and others withdrew from Mánes and founded Skupina výtvarných umělců (the Group of Visual Artists), which was a Cubist-oriented group.

Around 1913, he and Otto Gutfreund, produced some of the earliest Cubist sculpture made anywhere. Before World War I he moved to Paris, but left for the Netherlands when war broke out. He returned to Prague after the war. During the 1920s, he further developed his version of Synthetic Cubism and rejoined Mánes. Like many Czech modernists, he was active in design as well as in painting; in 1925 he designed paintings on glass for the Czechoslovak Pavilion at the International Exposition of Modern Industrial and Decorative Arts in Paris. In the late 1920s and early 1930s, Surrealist influence also began to show in his painting and sculpture, and he was a participant in Poesie 1932, an international exhibition in Prague that introduced Surrealism to the Czech public. He did not, however, become a Surrealist.

On the first day of World War II he was arrested by the gestapo together with painter Josef Čapek and others and was subsequently imprisoned in German concentration camps Dachau and Buchenwald. However, he survived, returned home and began to teach at the Vysoká škola uměleckoprůmyslová v Praze (VŠUP—Academy of Arts, Architecture and Design in Prague). Filla's teachings at the Academy ensure the continuance of Czech Cubism, and his influence is notable in the works of his pupil Milos Reindl amongst others. In 1945, he was the first artist to be given a post-war exhibition at Mánes. After the war, he exhibited mainly works from the cycle Boje a zápasy (Fights and Struggles), and later mainly produced landscapes. During his lifetime he was active as a painter, sculptor, collector, theoretician, editor, organizer, and diplomat. He died in Prague and is buried in Střešovice in greater Prague.

He idolized Vincent van Gogh, Pierre Bonnard and Edvard Munch as well as Picasso and Braque.