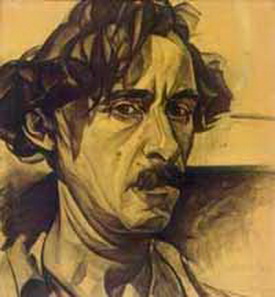 He studied art at the Kiev Art School from 1901 to 1905, and at the Academy of Art in Munich, Germany. After travelling and successfully exhibiting in Italy, France,and Switzerland as well as Kiev, he lived in Moscow from 1916 to 1917.

His work is in the National Art Museum of Ukraine and in major museums and private collections in the United States, Canada, France, Israel, Russia, and Ukraine. His papers are held at the Archives of American Art.