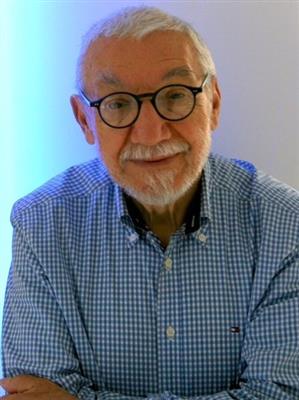 Stephen Antonakos (Greek: Στέφανος Αντωνάκος; November 1, 1926 in Agios Nikolaos, Laconia, Greece – August 17, 2013, New York City) was a Greek born American sculptor most well known for his abstract sculptures often incorporating neon. Antonakos moved with his family from Greece to the United States at the age of 4 and was raised in the Brooklyn, New York neighborhood of Bay Ridge.

Antonakos' work has been included in several important international exhibitions including Documenta 6 in 1977 in Kassel, Germany and he represented Greece at the Venice Biennale in 1997. His art is included in major international collections including the Metropolitan Museum of Art, The Museum of Modern Art, The Whitney Museum of American Art, The Solomon R. Guggenheim Museum, all in New York City, The National Gallery of Art in Washington D.C. and the National Museum of Contemporary Art, Athens. Among his public commissions were pieces for airports in Atlanta, Milwaukee, and Bari, Italy and two high-profile works in New York City, "Neon for 42nd Street" (since taken down) and the "59th street piece- Neon for the 59th street transfer station"(still standing).

Antonakos was a member of the National Academy of Design and received their lifetime achievement award in 2011.