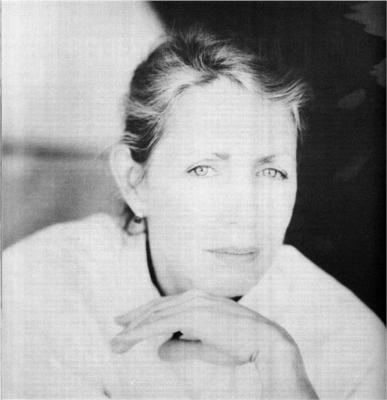 Dorothea Rockburne (born c. 1932) is an abstract painter, drawing inspiration primarily from her deep interest in mathematics and astronomy. Her work is geometric and abstract, seemingly simple but very precise to reflect the mathematical concepts she strives to concretize. "I wanted very much to see the equations I was studying, so I started making them in my studio," she has said. "I was visually solving equations." Rockburne's attraction to Mannerism has also influenced her work.

In 1950 she moved to the United States to attend Black Mountain College, where she studied with mathematician Max Dehn, a lifelong influence on her work. In addition to Dehn, she studied with Franz Kline, Philip Guston, John Cage, and Merce Cunningham. She also met fellow student Robert Rauschenberg. In 1955, Rockburne moved to New York City where she met many of the leading artists and poets of the time. She was influenced by the minimalist dances of Yvonne Rainer and the Judson Dance Theater.

Throughout her career, she created paintings that expressed mathematical concepts. In 1958, a solo show of her work was critically and financially successful but deemed "not good enough" by Rockburne herself. She did not publicly show her work again for more than a decade, turning her attention to dance and performance art by 1960. Rockburne participated in performances at the Judson Dance Theater and took classes at the American Ballet Theater. During that time she supported her daughter, Christine, by working as a waitress and a studio manager for her friend Robert Rauschenberg. Bykert Gallery, in New York, which also represented Chuck Close and Brice Marden, began showing her work in 1970. Rockburne’s series of installations, Set Theories, included works such as Intersection, which attempted to merge two of her other pieces of art (Group and Disjunction) to illustrate the mathematical concept of intersection. The series later led to her experimentation with new concepts and materials, such as Gold Section and carbon paper. In 2011, a retrospective exhibition of her work was shown at the Parrish Art Museum in Water Mill, N.Y., and in 2013, the Museum of Modern Art hosted a solo show of her drawings.

Rockburne is a member of the American Academy of Arts and Letters, National Academy of Design, and The Century Association.