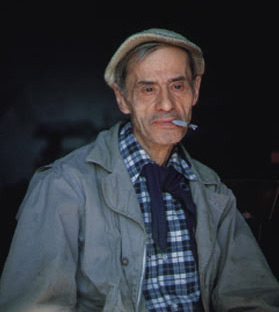 Roger Bissière (22 September 1886 – 2 December 1964) was a French artist. He designed stained glass windows for Metz cathedral and several other churches.

In 1936, Bissière was one of the artists who executed Robert and Sonia Delaunay's designs for the Exposition Internationale des Arts et Techniques dans la Vie Moderne. He participated in the first three documenta exhibitions of 1955, 1959 and 1964.

After he realised his eyesight was deteriorating he was diagnosed with glaucoma in 1939. By 1950 his peripheral vision was severely affected and he underwent surgery. This stopped him from going blind but did not improve his eyesight, and he complained his eyes tired more quickly when he was painting.

Rue Roger Bissière in Paris is named in his honour.

Between 1985 and 1995 John Myatt produced a number of fake Roger Bissière paintings for John Drewe, a purveyor of forged art.