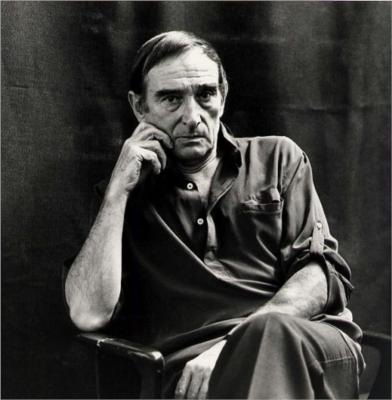 In 2009 the Kunstquartier Hagen, was inaugurated combining the Karl Ernst Osthaus-Museum Hagen as well as the newly built Emil Schumacher Museum in one Museum complex.

1932-1935: Studies graphic design at the School of Applied Arts in Dortmund intending to become a graphic designer in advertising. On numerous occasions during his studies, he travels abroad by bicycle. One trip takes him over the St. Gotthard Pass to Lago Maggiore, Italy.

1935-1939: Independent artist without participating in exhibits. He undertakes study trips by bicycle to the Netherlands and Belgium.

1939-1945: Service obligation as draftsman in an arms factory, the Akkumulatoren–Werke of Hagen.

Since 1945: Immediately after end of war, new start as independent artist.

1955: Participates in the exhibition Peintures et sculptures non figuratives en Allemagne d’aujourd’hui in Paris. This is the first time, 10 years after the war’s end, that René Drouin shows contemporary German art at the Cercle Volney in France.

1958: Travels to Spain, Italy and Tunisia. Participates in the XXIX. Venice Biennale, Italy.

1959: Participates in the documenta II in Kassel, Germany, as well as the V. São Paulo Art Biennial, Brazil. First solo exhibit in New York at the Samuel M. Kootz Gallery.

1963: Solo exhibit as German contribution to the VII. São Paulo Art Biennial, Brazil. Travels to Brazil, Argentina, Uruguay, Peru and Bolivia. Once again summer stay in Anguillara, paintings that originated during the stay are shown in the Galeria La Medusa in Rome.

1964: Participates in the documenta III in Kassel, Germany.

1965: Travels through Yugoslavia, to Montenegro, the Herzegovina, and Bosnia.

1966-77: Professorship at the Academy of Fine Arts, Karlsruhe.

1967-68: Guest professorship at the Minneapolis School of Art, Minneapolis, USA. In Minneapolis, a series of works on paper are created. This series called Minneapolis Suite was exhibited at the Lefebre Gallery in New York and at the Galerie de Montréal in Montréal, Canada. Extensive travels through the USA.

1969: Winter stay on the Island of Djerba in Tunisia. Here, the Djerba gouaches were created over the course of the following years.