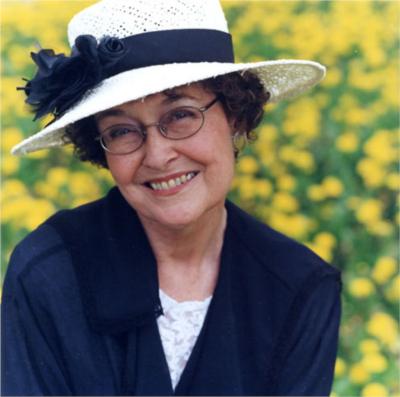 Mary Frances Pratt, CC, RCA (née West) (born March 15, 1935 in Fredericton, New Brunswick) is a Canadian painter specializing in still life realist paintings. While her early works focus on domestic scenes, some of her later work take on a darker, more disturbing tone and have people as their subject matter. She lives in St. John’s, Newfoundland where she continues to paint and write.

The focus of her work is the ordinary household things one finds around the house: jars of jelly, apples, aluminum foil, brown paper bags. The style is bold and flamboyant, rendering their subject vivid and realistic. Because of this transformation of the mundane into something aesthetic, "she may have had more influence on shaping the way we see things than any Canadian painter since the Group of Seven".

In a 2013 Globe and Mail article, responding to critics of her work as too "commercial", she said, "People will find out that in each one of the paintings there is something that ought to disturb them, something upsetting. That is why I painted them."

Mary Pratt's paintings have been exhibited in most major galleries in Canada, reproduced in magazines such as Saturday Night, Chatelaine, and Canadian Art. Her work is found in many prominent public, corporate, and private collections, including those of the National Gallery of Canada, The Rooms, Art Gallery of Nova Scotia, the New Brunswick Museum, Beaverbrook Art Gallery, Vancouver Art Gallery, Art Gallery of Ontario, and Canada House in England.

Pratt's first solo exhibition was held at the Memorial University Art Gallery in St. John's in 1967. The first showing of her art outside Atlantic Canada was part of an exhibition at the Picture Loan Gallery in 1971 in Toronto. In 1973, Erindale College (Toronto) gave her a show of her own.

The big breakthrough for wider notice of Pratt's work came when the National Gallery included many of her paintings and drawing in an exhibition in 1975. Her work also coincided with the upsurge of the women's movement (International Women's Year was in 1975 as well). Several colleges and universities began incorporating discussions of her works in their women's studies programs.

In 1995, the touring exhibition The Art of Mary Pratt: The Substance of Light was organized by the Beaverbrook Art Gallery in Fredericton, New Brunswick. The accompanying catalogue won numerous awards and was included in Great Canadian Books of the Century. Other recent shows at commercial galleries include Inside Light at the Equinox Gallery in Vancouver, Canada (May/June 2011) and New Paintings and Works on Paper at the Mira Godard Gallery in Toronto, Canada (May/June 2012). The exhibition was curated by Tom Smart.