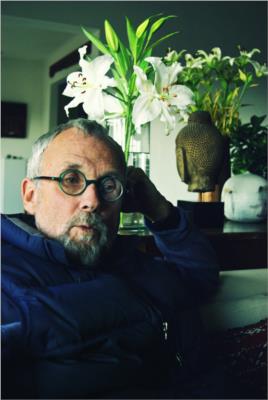 David Ligare is an American contemporary realist painter. Contemporary Realism is an approach that uses straightforward representation but is different from photorealism in that it does not exaggerate and is non-ironic in nature.

Since 1978, he has focused on painting still lifes, landscapes, and figures that are influenced by Greco-Roman antiquity. Chief among his stated influences are the aesthetic and philosophical theories of the Greek sculptor Polykleitos and the mathematician and philosopher Pythagoras, as well as the work of the 17th-century classical painter Nicolas Poussin. A resident of Salinas, California, his paintings often depict the terrain of the central Californian coast in the background. "I think that I'm very Californian in the character of the light that I use, but I made a decision very early on in my project to try to be an invisible presence in my work. Personal expression and having a personal style are very important to many artists but I've been much more interested in how we see - what I call perceptual analysis - and the potential meanings of the objects that I've depicted." - David Ligare

Ligare was born in 1945 in Oak Park, Illinois. He received his formal artistic training at the Art Center College of Design in Los Angeles. His paintings are in the collections of the Museum of Modern Art, New York City, Fine Arts Museums of San Francisco, San Jose Museum of Art, Gabinetto Disegni e Stampe degli Uffizi, Florence, and Thyssen-Bornemisza Museum of Art, Madrid.