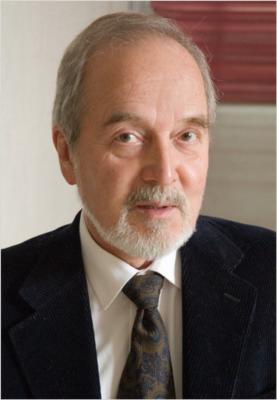 Claudio Bravo Camus (November 8, 1936 – June 4, 2011) was a Chilean hyperrealist painter. He was greatly influenced by Renaissance and Baroque artists, as well as Surrealist painters such as Salvador Dalí. He lived and worked in Tangier, Morocco, beginning in 1972. Bravo also lived in Chile, New York and Spain. He was known mainly for his paintings of still lifes, portraits and packages, but he had also done drawings, lithographs, engraving and figural bronze sculptures. Bravo painted many prominent figures in society, including dictator Franco of Spain, President Ferdinand Marcos and First Lady Imelda Marcos of the Philippines and Malcolm Forbes.

Bravo was born in Valparaíso, Chile, to Tomás Bravo Santibáñez and Laura Camus Gómez. His father was a successful businessman who also owned a ranch, and his mother was a housewife. They had seven children: María Inés, Claudio Bravo, Patricia, Ana María, José Tomás, Hernán, and Ximena. One of his earliest childhood memories was being put on a horse at the age of three.

In 1945, he left the family ranch to join the Colegio San Ignacio in Santiago, Chile, where he excelled in choir, literature and music. In order to raise his grades in math, physics or chemistry, he would give his teacher a portrait. The prefect, Father Dussuel, noticed his self-taught artistic ability and paid for him to study art in the studio of Miguel Venegas Cifuentes in Santiago. Eventually, Bravo's father granted him permission to take the classes and took over the responsibility of paying for them. Bravo studied under Venegas from the age of 11 to 20 and it was the only formal art training he ever received. Bravo’s developing hyperrealist style was encouraged by Venegas who was known for being a strong supporter of the realist movement in Chile. Chile has a strong tie to European arts and did not experience a large modernist movement that other Latin American countries did.

In 1954, he had his first exhibition at "Salón 13" in Santiago at the age of 17. It consisted of mostly oil paintings with some red chalk drawings. The exhibit received good reviews and was considered a great success. All the works were sold, although they went to family and friends. He became very involved in the cultural scene of Santiago and was influenced by people such as Luis Oyarzun, a poet and philosopher. Bravo and Oyarzun hitchhiked together throughout Chile with Oyarzun acting as a teacher of philosophy, art, and life. Benjamín Subercaseaux was another friend who encouraged Bravo to expand his knowledge through reading. In 1955, he danced professionally with the Compañía de Ballet de Chile and worked for Teatro de Ensayo of the Universidad Católica de Chile and had his second exhibition at "Salón 13".

At 21, Bravo began doing portraits in Concepción, Chile, and quickly gained many commissions. He saved his earnings and bought a ticket aboard the Amerigo Vespucci to sail to Paris. The trip, however, was very stormy and Bravo got off at Barcelona and made his way to Madrid where he stayed. Bravo established himself in Madrid in the 1960s as a society portraitist, gaining recognition for his astounding ability to create verisimilitude. His ability to depict complex objects and shapes is reminiscent of Velázquez. There was even a dress designer, Balenciaga, whose dresses had a Renaissance quality to them. Bravo made women of nobility purchase one of Balenciaga's works before he agreed to do their portrait. A year and two months after his arrival, he was already painting Francisco Franco's daughter.