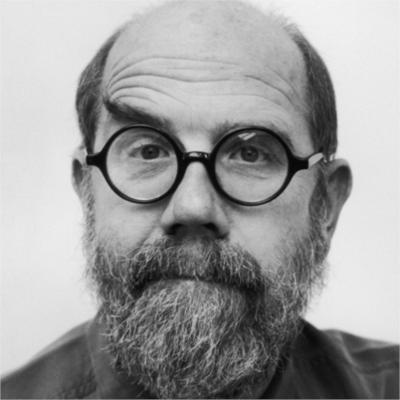 Charles Thomas "Chuck" Close (born July 5, 1940) is an American painter, artist and photographer who achieved fame as a photorealist, through his massive-scale portraits. Close often paints abstract portraits of himself and others, which hang in collections internationally. Close also creates photo portraits using a very large format camera. Although a catastrophic spinal artery collapse in 1988 left him severely paralyzed, he has continued to paint and produce work that remains sought after by museums and collectors.

Chuck Close was born in Monroe, Washington. His father, Leslie Durward Close, died when Chuck was eleven years old. His mother's name was Mildred Wagner Close. Close suffered, as a child, from a neuromuscular condition that made it difficult to lift his feet and a bout with nephritis that kept him out of school for most of sixth grade. Even when in school, he did poorly due to his dyslexia, which wasn't diagnosed at the time.

Most of his early works are very large portraits based on photographs, using Photorealism or Hyperrealism, of family and friends, often other artists. He suffers from prosopagnosia (face blindness), and has suggested that this condition is what first inspired him to do portraits.

In an interview with Phong Bui in The Brooklyn Rail, Close describes an early encounter with a Jackson Pollock painting at the Seattle Art Museum: "I went to the Seattle Art Museum with my mother for the first time when I was 14. I saw this Jackson Pollock drip painting with aluminum paint, tar, gravel and all that stuff. I was absolutely outraged, disturbed. It was so far removed from what I thought art was. However, within 2 or 3 days, I was dripping paint all over my old paintings. In a way I've been chasing that experience ever since."

Close attended Everett Community College in 1958–60. Local notable eccentric, author, activist and journalist John Patric was an early anti-establishment intellectual influence on him, and a role model for the iconoclastic and theatric artist's persona Close learned to project in subsequent years.

In 1962, Close received his B.A. from the University of Washington in Seattle. In 1961, he won a coveted scholarship to the Yale Summer School of Music and Art, and the following year entered the graduate degree program at Yale University, where he received his MFA in 1964. Among Close's classmates at Yale were Brice Marden, Vija Celmins, Janet Fish, Richard Serra, Nancy Graves, Jennifer Bartlett, Robert Mangold, and Sylvia Plimack Mangold.

After Yale, he studied at the Academy of Fine Arts Vienna on a Fulbright grant. When he returned to the US, he worked as an art teacher at the University of Massachusetts. Close came to New York City in 1967 and established himself in SoHo.

Throughout his career, Chuck Close has expanded his contribution to portraiture through the mastery of such varied drawing and painting techniques as ink, graphite, pastel, watercolor, conté crayon, finger painting, and stamp-pad ink on paper; printmaking techniques, such as Mezzotint, etching, woodcuts, linocuts, and silkscreens; as well as handmade paper collage, Polaroid photographs, Daguerreotypes, and Jacquard tapestries. His early airbrush techniques inspired the development of the ink jet printer.