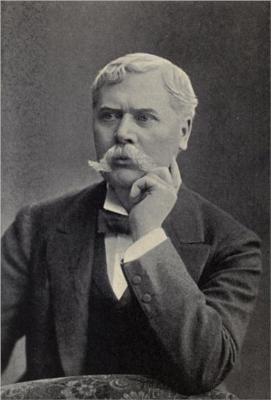 He was the son of Frank Stone ARA, trained by his father and began to exhibit at the Royal Academy, before he was eighteen. A few years later he illustrated, with much success, books by Charles Dickens, Anthony Trollope, and other writers who were friends of his family.

Stone was elected an Associate of the Royal Academy in 1877, and Academician in 1887. In his earlier pictures, he dealt much with historical incidents, but in his later work, he occupied himself chiefly with a particular type of dainty sentiment, treated with much charm, refinement and executive skill.

One of his canvases is in Tate. Most of his works have been engraved, and medals were awarded to him at exhibitions in all parts of the world.