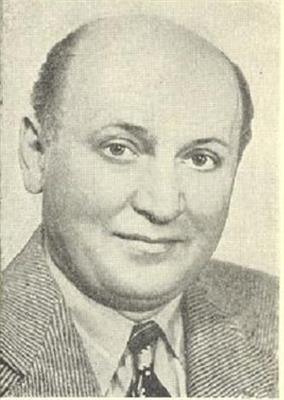 Ludwig Bemelmans (April 27, 1898 – October 1, 1962) was an Austrian-born American writer and illustrator of children's books and adult novels. He is known best for the Madeline picture books. Six were published, the first in 1939.


Bemelmans was born to the Belgian painter Lambert Bemelmans and the German Frances Fischer in Meran, Austria-Hungary (now Italy). His father owned a hotel. He grew up in Gmunden on the Traunsee in Upper Austria. His first language was French and his second German.


In 1904, his father left his wife and Ludwig’s governess, both of whom were pregnant with his children, for another woman, after which his mother took Ludwig and his brother to her native city of Regensburg, Germany. Bemelmans had difficulty in school, as he hated the German style of discipline. He was apprenticed to his uncle Hans Bemelmans at a hotel in Austria. In a 1941 New York Times interview with Robert van Gelder, he related that while an apprentice, he was regularly beaten and even whipped by the headwaiter. According to Bemelmans, he finally warned the headwaiter that if he was whipped again he would retaliate with a gun. The headwaiter ignored his warning, whipped him, and Bemelmans reportedly shot and seriously wounded him in retaliation. Given the choice between reform school and emigration to the United States, he chose the latter. It is likely this was one of Bemelman’s famous yarns, since in John Bemelmans Marciano’s biography of his grandfather, he relates a simpler story: recognizing that Ludwig was an incorrigible boy, his uncle offered him the choice of going to America (where his father now lived), or going to reform school.


He spent the next several years working at hotels and restaurants in the US. In 1917, he joined the U.S. Army, but was not sent to Europe because of his German origins. He did become an officer, and was promoted to Second Lieutenant. He writes of his experiences in the Army in the book, My War With the United States. In 1918, he became a US citizen.


In the 1920s, Bemelmans tried to become an artist and painter while working at hotels, but had substantial difficulties. In 1926, he quit his job at the Ritz-Carlton in New York to become a full-time cartoonist. His cartoon series The Thrilling Adventures of the Count Bric a Brac was dropped from the New York World after six months. He associated with Ervine Metzl, a commercial artist and illustrator who is variously described as Bemelmans's friend, "agent", and "ghost artist".


In the early 1930s Bemelmans met May Massee, the children's book editor at Viking Press, who became a sort of partner. He began to publish children's books, beginning with Hansi in 1934. He published the first Madeline book in 1939; after being rejected by Viking, it was published by Simon & Schuster. The book was a great success. Bemelmans did not write a second Madeline book until 1953, when he published Madeline’s Rescue. Four more books in the series were subsequently published while he was alive, and one more was published posthumously in 1999.