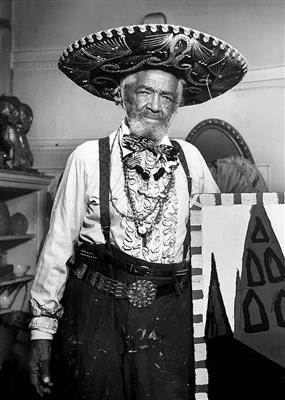 William L. Hawkins (27 July 1895 – 1990) was an African-American folk artist whose work began receiving acclaim in the 1980s. Hawkins frequently used a variety of media, including discarded materials, to create his paintings.


A major retrospective of Hawkins paintings was organized in 2018 by the Columbus Museum of Art, the Figge Art Museum in Davenport, Iowa.