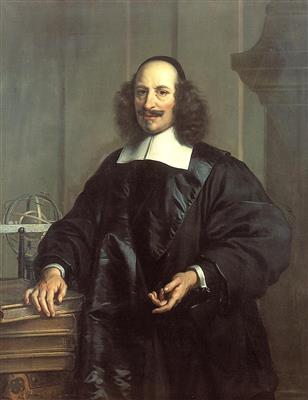 
In 1620, he became a doctor of law but he joined the work of his father. In 1635, they published the Atlas Novus (full title: Theatrum orbis terrarum, sive, Atlas novus) in two volumes. Joan and his brother Cornelius took over the studio after their father died in 1638. Blaeu became the official cartographer of the Dutch East India Company.


Blaeu died in Amsterdam on 21 December 1673. He is buried in the Westerkerk there.


Blaeu's world map, Nova et Accuratissima Terrarum Orbis Tabula, incorporating the discoveries of Abel Tasman, was published in 1648. This map was revolutionary in that it "depicts the solar system according to the heliocentric theories of Nicolaus Copernicus, which show the earth revolving around the sun.... Although Copernicus's groundbreaking book On the Revolutions of the Spheres had been first printed in 1543, just over a century earlier, Blaeu was the first mapmaker to incorporate this revolutionary heliocentric theory into a map of the world."


Blaeu's map was copied for the map of the world set into the pavement of the Groote Burger-Zaal of the new Amsterdam Town Hall, designed by the Dutch architect Jacob van Campen (now the Amsterdam Royal Palace), in 1655.


Around 1649, Blaeu published a collection of Dutch city maps named Toonneel der Steeden (Views of Cities). In 1651, he was voted into the Amsterdam council. In 1654, Blaeu published the first atlas of Scotland, devised by Timothy Pont. In 1662, he reissued the Atlas Novus, also known as Atlas Maior, in 11 volumes, and one for oceans. A cosmology was planned as their next project, but a fire destroyed the studio completely in 1672.