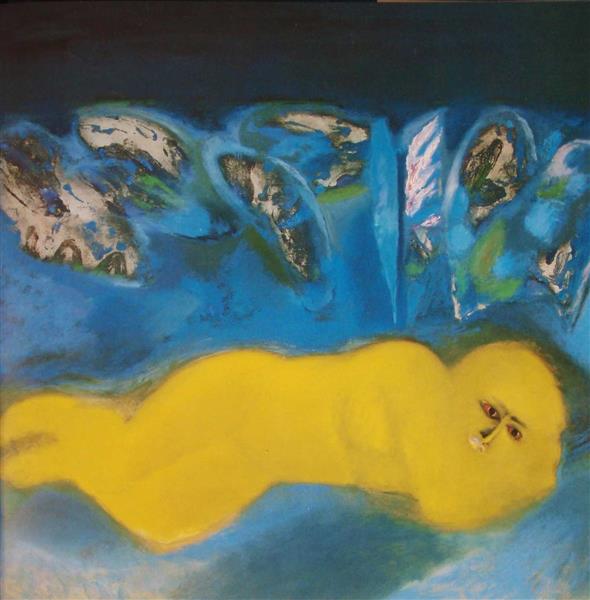 Jan Cox did not illustrate the myth of Orheus but updated it by projecting his own experience in it. By not accepting his fate he goes on a conquest for the return of the lost love. The path deviates however from its purpose with fatal consequences. ‘Here lies Eurydice in her radiating beauty, but the threatening disaster is already floating above her’ (Jan Cox)