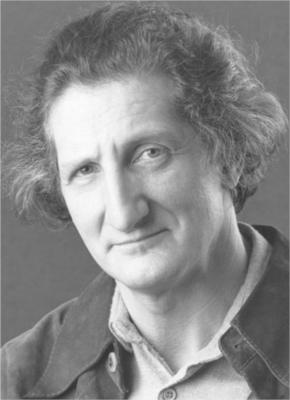 Molinari was born in Montreal, Quebec to Italian heritage with his parents from Cune (Borgo a Mozzano, Tuscany) and Naples, Campania. He began painting at age 13, and his existentialist approach to art was formed during a bout with tuberculosis at age 16, during which he read Nietzsche, Sartre, Piaget, and Camus. He studied at the École des Beaux-Arts de Montréal and the Montreal Museum of Fine Arts.

He practised abstraction in New York, inspired by Barnett Newman, and Jackson Pollock, then returned to Montreal where he produced some of the finest pieces of his career. He married Fernande Saint-Martin in 1958. Works by Molinari along with those of Ulysse Comtois represented Canada at the 1968 Venice Biennale. He won a Guggenheim Fellowship in 1967, was made an Officer of the Order of Canada in 1971, and won the Prix Paul-Émile-Borduas in 1980.He was a member of the Royal Canadian Academy of Arts.

He taught for 27 years at Sir George Williams University and Concordia University, and retired in 1997. In 2004, Concordia recognized him with a posthumous honorary doctorate.

His work is known for its focus on modular and contrasting colours, shapes, and lines. It is exhibited worldwide, including the National Gallery of Canada, the Musée d'art contemporain de Montréal, and the Guggenheim Museum and Museum of Modern Art in New York.

He died in Montreal. A retrospective exhibition of his works took place at the Gallery Valentin in 2011.