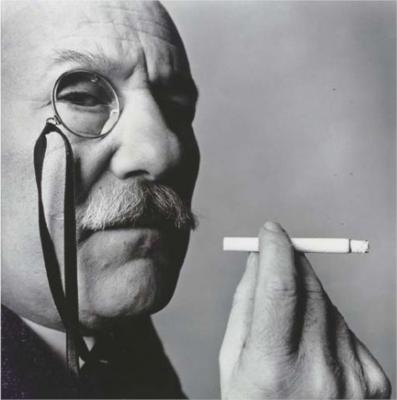 Barnett Newman (January 29, 1905 – July 4, 1970) was an American artist. He is seen as one of the major figures in abstract expressionism and one of the foremost of the color field painters. His paintings are existential in tone and content, explicitly composed with the intention of communicating a sense of locality, presence, and contingency.

Newman was born in New York City, the son of Jewish immigrants from Poland. He studied philosophy at the City College of New York and worked in his father's business manufacturing clothing. He later made a living as a teacher, writer and critic. From the 1930s on he made paintings, said to be in an expressionist style, but eventually destroyed all these works. Newman met art teacher Annalee Greenhouse in 1934; they were married on June 30, 1936.

Newman wrote catalogue forewords and reviews and also organized exhibitions before becoming a member of the Uptown Group and having his first solo show at the Betty Parsons Gallery in 1948. Soon after his first exhibition, Newman remarked in one of the Artists' Session at Studio 35: "We are in the process of making the world, to a certain extent, in our own image." Utilizing his writing skills, Newman fought to reinforce his newly established image as an artist and to promote his work. An example is his letter on April 9, 1955, "Letter to Sidney Janis: ...it is true that Rothko talks the fighter. He fights, however, to submit to the philistine world. My struggle against bourgeois society has involved the total rejection of it."

Throughout the 1940s he worked in a surrealist vein before developing his mature style. This is characterised by areas of color separated by thin vertical lines, or "zips" as Newman called them. In the first works featuring zips, the color fields are variegated, but later the colors are pure and flat. Newman himself thought that he reached his fully mature style with the Onement series (from 1948). The zips define the spatial structure of the painting, while simultaneously dividing and uniting the composition. Already 1944 Barnett Newman tried to explain America's newest art movement and included a list of "the men in the new movement." Ex-Surrealists, like Matta are mentioned, Wolfgang Paalen Paalen is mentioned twice together with Gottlieb, Rothko, Pollock, Hofmann, Baziotes, Gorky and others. Motherwell is mentioned with a question mark.

The zip remained a constant feature of Newman's work throughout his life. In some paintings of the 1950s, such as The Wild, which is eight feet tall by one and a half inches wide (2.43 meters by 4.1 centimeters), the zip is all there is to the work. Newman also made a few sculptures which are essentially three-dimensional zips.

Although Newman's paintings appear to be purely abstract, and many of them were originally untitled, the names he later gave them hinted at specific subjects being addressed, often with a Jewish theme. Two paintings from the early 1950s, for example, are called Adam and Eve, and there is also Uriel (1954) and Abraham (1949), a very dark painting, which as well as being the name of a biblical patriarch, was also the name of Newman's father, who had died in 1947.