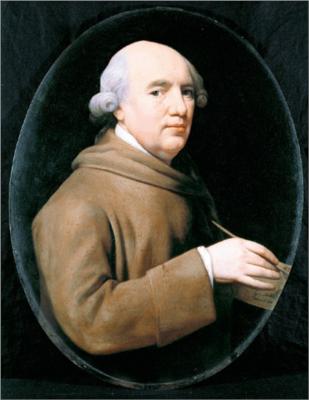 Stubbs was born in Liverpool, the son of a currier, or leather-dresser, John Stubbs, and his wife Mary. Information on his life until the age of 35 or so is sparse, relying almost entirely on notes made by Ozias Humphry, a fellow artist and friend; Humphry's informal memoir, which was not intended for publication, was based on a series of private conversations he had with Stubbs around 1794, when Stubbs was 70 years old, and Humphry 52.

Stubbs worked at his father's trade until the age of 15 or 16, at which point he told his father that he wished to become a painter. While initially resistant, Stubbs's father (who died not long after, in 1741), eventually acquiesced in his son's choice of a career path, on the condition that he could find an appropriate mentor. Stubbs subsequently approached the Lancashire painter and engraver Hamlet Winstanley, and was briefly engaged by him in a sort of apprenticeship relationship, probably not more than several weeks in duration. Having initially demonstrated his abilities and agreed to do some copying work, Stubbs had access to and opportunity to study the collection at Knowsley Hall, the estate where Winstanley was then residing; however, he soon left when he came into conflict with the older artist over exactly which pictures he could work on copying.

Thereafter as an artist he was self-taught. He had had a passion for anatomy from his childhood, and in or around 1744, he moved to York, in the North of England, to pursue his ambition to study the subject under experts. In York, from 1745 to 1753, he worked as a portrait painter, and studied human anatomy under the surgeon Charles Atkinson, at York County Hospital, One of his earliest surviving works is a set of illustrations for a textbook on midwifery by John Burton, Essay towards a Complete New System of Midwifery, published in 1751.

In 1754 Stubbs visited Italy. Forty years later he told Ozias Humphry that his motive for going to Italy was, "to convince himself that nature was and is always superior to art whether Greek or Roman, and having renewed this conviction he immediately resolved upon returning home". In 1756 he rented a farmhouse in the village of Horkstow, Lincolnshire, and spent 18 months dissecting horses, assisted by his common-law wife, Mary Spencer. He moved to London in about 1759 and in 1766 published The anatomy of the Horse. The original drawings are now in the collection of the Royal Academy.

Even before his book was published, Stubbs's drawings were seen by leading aristocratic patrons, who recognised that his work was more accurate than that of earlier horse painters such as James Seymour, Peter Tillemans and John Wootton. In 1759 the 3rd Duke of Richmond commissioned three large pictures from him, and his career was soon secure. By 1763 he had produced works for several more dukes and other lords and was able to buy a house in Marylebone, a fashionable part of London, where he lived for the rest of his life.