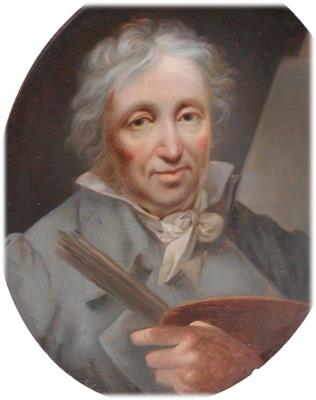 Christian August Lorentzen was born on 10 August 1749 as the son of a watchmaker. He arrived in Copenhagen around 1771 where he frequented the Royal Academy of Fine Arts but it is unclear whether he received formal training. From 1779 to 1782 he went abroad to develop his skills, visiting the Netherlands, Antwerp and Paris where he copied old masters. In 1792 he traveled to Norway to paint prospects.

In a number of painting, such as Slaget på Reden (1801, Danish Museum of National History) and Den rædsomste nat (1807, Danish National Gallery), he documented key events from the English Wars between 1801 and 1814. Later in his career he mainly painted portraits, landscapes and scenes from Ludvig Holberg's comedies.

As a professor at the Royal Academy in Copenhagen from 1803 and until his death in 1828, he exercised great influence on the next generation of painters such as Martinus Rørbye among others.