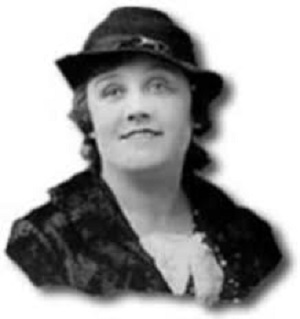 
The Cliff family moved to Tunstall, Stoke-on-Trent, from the Eccleshall area in about 1725. Cliff was born in Meir Street in a terrace of modest houses. Cliff's father Harry Thomas Cliff worked at an iron foundry in Tunstall. Her mother Ann (née Machin) took in washing to supplement the family income and they had seven children.


Cliff was sent to a different school from her siblings. After school Cliff would visit an aunt who was a hand painter at a local pottery company, and she also made models from papier-mâché at school.


At the age of 13, Cliff started working in the pottery industry. Her first work was as a gilder, adding gold lines on ware of traditional design. Once she had mastered this she changed jobs to learn freehand painting at another potbank, at the same time studying art and sculpture at the Burslem School of Art in the evenings.


In 1916,Cliff made the unusual decision to move to the factory of A.J. Wilkinson at Newport, Burslem, to improve her career opportunities. Most young women in the Staffordshire Potteries were on 'apprentice wages', and having mastered a particular task, stayed with that to maximise their income. Cliff was ambitious and acquired skills in modelling figurines and vases, gilding, keeping pattern books and hand painting ware: outlining, enamelling (filling in colours within the outline) and banding (the radial bands on plates or vessels). In the early 1920s the decorating manager Jack Walker brought Cliff to the attention of one of factory owners, Arthur Colley Austin Shorter, who managed the company with his brother Guy. Colley Shorter was 17 years older than Cliff. He nurtured her skills and ideas. He was married but was later to be her husband. Cliff was given special attention by her lover and she journeyed to the Royal College of Art and to Paris.


Cliff was given a second apprenticeship at A. J. Wilkinson's in 1924 (when she was already 25 years old) primarily as a 'modeller' but she also worked with the factory designers John Butler and Fred Ridgway. They produced conservative, Victorian style ware – Butler had been the designer for over 20 years by this time. Eventually, Cliff's wide range of skills were recognised and in 1927 she was given her own studio at the adjoining Newport Pottery which Shorter had bought in 1920. Here Cliff was allowed to decorate some of the old defective 'glost' (white) ware in her own freehand patterns. For these she used on-glaze enamel colours, which enabled a brighter palette than underglaze colours.


She covered the imperfections in simple patterns of triangles, in a style that she called 'Bizarre'. The earliest examples had just a hand-painted mark, usually in a rust coloured paint, 'Bizarre by Clarice Cliff', sometimes with 'Newport Pottery' underneath. To the surprise of the company's senior salesman Ewart Oakes, when he took a car load to a major stockist, it was immediately popular. Clarice was joined by young painter Gladys Scarlett, who helped her with the ware, and soon a more professional 'backstamp' was made, which carried Cliff's facsimile signature, and proclaimed "Hand painted Bizarre by Clarice Cliff, Newport Pottery England".