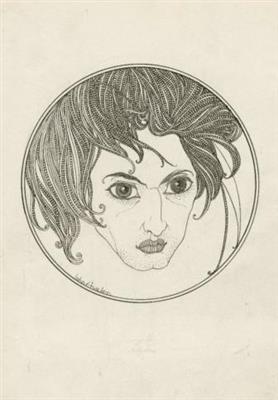 John Archibald Austen (Dover (Kent), 5 January 1886 – Hythe (Kent), 27 October 1948) was an English book illustrator. His early works, including a fine Hamlet, were Beardsleyesque in style, but after 1925 he was influenced by the Art Deco movement. Books which he illustrated in this manner include Daphnis and Chloe and As You Like it. Austen used several techniques in his illustrations, including wood-engraving and scraperboard, and changed styles to suit the text he was illustrating. He was also involved in advertising, producing adverts, several posters & numerous dustwrapper designs. He was a friend of Alan Odle and Harry Clarke and exhibited with them at the St George's Gallery in 1925. The novelist Dorothy Richardson wife of Alan Odle wrote about him in John Austen and the Inseparables (London: William Jackson, 1930).