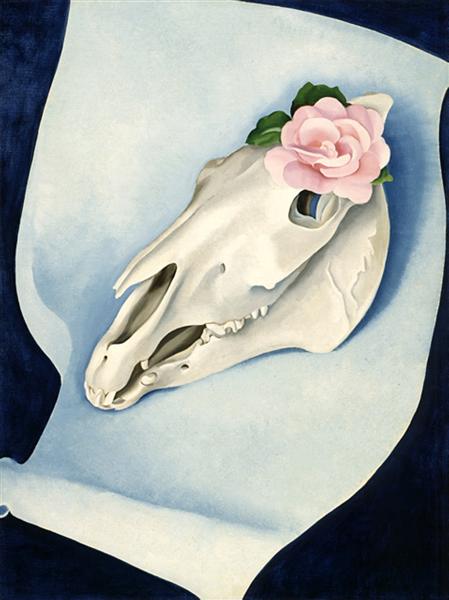 Precisionism was the first indigenous modern-art movement in the United States and an early American contribution to the rise of Modernism. The Precisionist style, which first emerged after World War I and was at the height of its popularity during the 1920s and early 1930s, celebrated the new American landscape of skyscrapers, bridges, and factories in a form that has also been called "Cubist-Realism." The term "Precisionism" was first coined in the mid-1920s, possibly by Museum of Modern Art director Alfred H. Barr. Painters working in this style were also known as the "Immaculates," which was the more commonly used term at the time. The stiffness of both art-historical labels suggests the difficulties contemporary critics had in attempting to characterize these artists.

Influenced by Cubism and Futurism, Precisionism took for its main themes industrialisation and the modernization of the American landscape, the structures of which were depicted in precise, sharply defined geometrical forms. Precisionist artists considered themselves strictly American and some were reluctant to acknowledge their European artistic influences. Yet it was readily apparent at the time that the fracturing of planes in many Precisionist paintings originates in the Cubism of Picasso and Léger; similarly, Precisionist renderings of shafts of light as rigidly drawn "lines of force" is a clear borrowing from Futurism. In the end, Precisionism was less about pure originality of expression and more about an energetic American use and amalgamation of certain European modernist techniques. Part of precisionism's originality is found in its subject matter and outlook.

There is a degree of reverence for the industrial age in the movement, but social commentary was not fundamental to the style. Like Pop Art, Precisionism has on occasion been interpreted as a criticism of the de-natured society it portrays, though its artists did not often feel comfortable with this reading of their work. Elsie Driggs' Pittsburgh (1926) illustrates this gap in perception. A painting of black and gray steel-mill smokestacks, thick piping, and crisscrossing wires, with only clouds of smoke to relieve the severity of the image, viewers have been tempted to see this dark painting as a statement of environmental concern. To the contrary, Driggs always claimed that she intended an ironic beauty in the image and referred to it as "my El Greco." Upon seeing the painting, Charles Daniel dubbed her "one of the new classicists." More often than not, Precisionism implicitly celebrated man-made dynamism and new technologies. Possible exceptions to this statement are some of the darker, more claustrophobic city paintings of Louis Lozowick and the comic anti-capitalist satires of Preston Dickinson.

As might be expected, varying degrees of abstraction are found in Precisionist works. The Figure 5 in Gold (1928) by Charles Demuth, a clamorous hommage to William Carlos Williams' imagist poem about a fire truck is abstract and stylized, while the paintings of Charles Sheeler sometimes verge on a form of photorealism. (In addition to his meticulously detailed paintings like River Rouge Plant and American Landscape, Sheeler, like his friend Paul Strand, also created sharp-focus photographs of factories and public buildings.) The majority of Precisionist paintings and drawings, however, present no obstacles in identifying their imagery. Some Precisionist work tended toward a "highly controlled approach to technique and form" as well as an application of "hard-edged style to long-familiar American scenes". Precisionist artists aimed to convey the geometric and psychological essence of a scene or a structure but intended that essence to be almost immediately accessible.