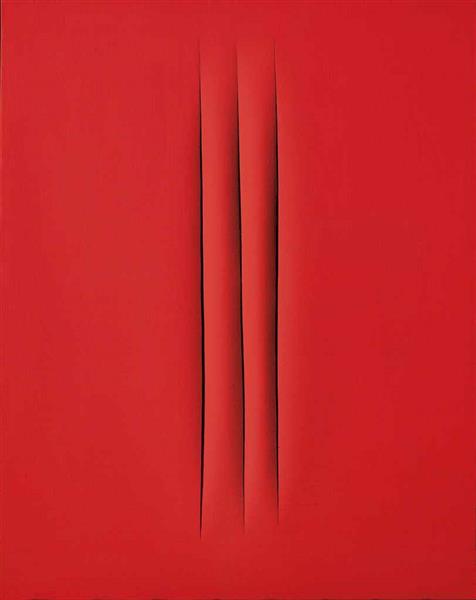 Arte Povera (pronounced [ˈarte ˈpɔːvera]; literally poor art) is a contemporary art movement. The Arte Povera movement took place between the end of the 1960s and the beginning of the 1970s in major cities throughout Italy and above all in Turin. Other cities where the movement was also important are Milan, Rome, Genoa, Venice, Naples and Bologna. The term was coined by Italian art critic Germano Celant and introduced in Italy during the period of upheaval at the end of the 1960s, when artists were taking a radical stance. Artists began attacking the values of established institutions of government, industry, and culture.

The exhibition "Im Spazio" (The Space of Thoughts), curated by Celant and held at the Galleria La Bertesca in Genoa, Italy, from September through October 1967, is often considered to be the official starting point of Arte Povera. Celant, who became one of Arte Povera's major proponents, organized two exhibitions in 1967 and 1968, followed by an influential book published by Electa in 1985 called Arte Povera Storie e protagonisti/Arte Povera. Histories and Protagonists, promoting the notion of a revolutionary art, free of convention, the power of structure, and the market place.

Michelangelo Pistoletto began painting on mirrors in 1962, connecting painting with the constantly changing realities in which the work finds itself. In the later 1960s he began bringing together rags with casts of omnipresent classical statuary of Italy to break down the hierarchies of "art" and common things. An art of impoverished materials is certainly one aspect of the definition of Arte Povera. In his 1967 Muretto di straci (Rag Wall) Pistoletto makes an exotic and opulent tapestry wrapping common bricks in discarded scraps of fabric.

Jannis Kounellis and Mario Merz attempted to make the experience of art more immediately real while also more closely connecting the individual to nature. In his (Untitled /Twelve Horses), Kounellis brings the real, natural life into the gallery setting, by showing twelve horses racked-up on the gallery walls. Recalling the Dada movement and Marcel Duchamp, his aim was to challenge what could be defined as art, but unlike Duchamp, maintains the objects real and alive, redefining the notion of life and art, while keeping both entities independent.

Piero Gilardi, much like the aim of Arte Povera itself, was concerned with bridging the natural and the artificial. In his (Nature Carpets), 1965, which gained him recognition and assimilation into the Arte Povera movement, Gilardi built three-dimensional carpets out of polyurethane which used "natural" leaves, rocks, and soil as decoration, design and art meshed together to question societal sensibilities towards what is real and natural and how artificiality was being engrained into the contemporary commercialized world.