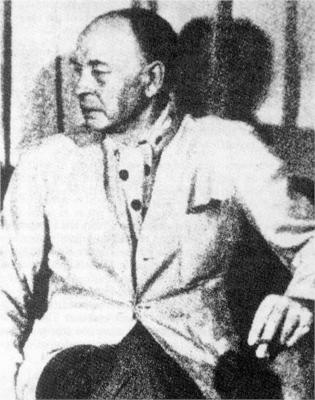 Kay Rasmus Nielsen (March 12, 1886 – June 21, 1957) was a Danish illustrator who was popular in the early 20th century, the "golden age of illustration" which lasted from when Daniel Vierge and other pioneers developed printing technology to the point that drawings and paintings could be reproduced with reasonable facility. He joined the ranks of Arthur Rackham and Edmund Dulac in enjoying the success of the gift books of the early 20th century. Nielsen is also known for his collaborations with Disney for whom he contributed many story sketches and illustrations.

Kay Nielsen was born in Copenhagen into an artistic family; both of his parents were actors - Nielsen's father, Martinus Nielsen, was the director of Dagmarteater and his mother, Oda Nielsen, was one of the most celebrated actresses of her time, both at the Royal Danish Theater and at the Dagmarteater. Kay Nielsen studied art in Paris at Académie Julian and Académie Colarossi from 1904 to 1911, and then lived in England from 1911 to 1916. He received his first English commission from Hodder and Stoughton to illustrate a collection of fairy tales, providing 24 colour plates and more than 15 monotone illustrations for In Powder and Crinoline, Fairy Tales Retold by Sir Arthur Quiller-Couch in 1913. In the same year, Nielsen was also commissioned by The Illustrated London News to produce a set of four illustrations to accompany the tales of Charles Perrault; Nielsen's illustrations for 'Sleeping Beauty', 'Puss in Boots', 'Cinderella' and 'Bluebeard' were published in the 1913 Christmas Edition.

A year later in 1914, Nielsen provided 25 colour plates and more than 21 monotone images for the children's collection East of the Sun and West of the Moon. The colour images for both In Powder and Crinoline and East of the Sun and West of the Moon were reproduced by a 4-colour process, in contrast to many of the illustrations prepared by his contemporaries that characteristically utilized a traditional 3-colour process. Also in that year, Nielsen produced at least three illustrations depicting scenes from the life of Joan of Arc. When published later in the 1920s, these images were associated with relevant text from The Monk of Fife.

While painting landscapes in the Dover area, Nielsen came into contact with The Society of Tempera Painters where he learned new skills, and was able to reduce the time involved in the painting process. In 1917 Nielsen left for New York where an exhibition of his work was held and subsequently returned to Denmark. Together with a collaborator, Johannes Poulsen, he painted stage scenery for the Royal Danish Theatre in Copenhagen. During this time, Nielsen also worked on an extensive suite of illustrations intended to accompany a translation of The Arabian Nights that had been undertaken by the Arabic scholar, Professor Arthur Christensen. According to Nielsen's own published comments, these illustrations were to be the basis of his return to book illustrations following a hiatus during World War I and the intention had been to publish the Danish version in parallel with versions for the English-speaking world and the French market. The project never came to fruition and Nielsen's illustrations remained unknown until many years after his death.