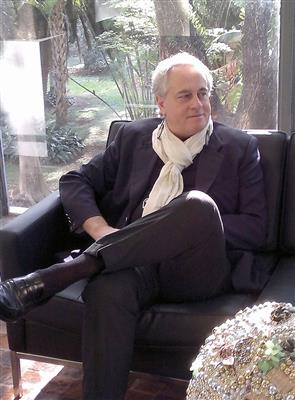 Joseph Pace (born 18 November 1959) is an Italian painter and sculptor.


Joseph Pace was born in Morbegno (Lombardy) and raised in Congo-Kinshasa (Africa). Grandson of Camillo Pace, he was introduced to the visual arts by his uncle Antonio Cardile. He also has followed legal, literary, social and psychoanalytical studies at the University of Paris La Sorbonne, at the Sapienza University of Rome and at the Roma Tre University.


In the 1980s Pace worked in Rome and Paris where, in the mid-1980s, he founded "Le Filtranisme" a neo-existencialist philosophical and artistic current witch has an optic close to Renaissance and an anthropocosmic vision.


Also assembling objects such as costume jewellery or recycled materials such as wood, metals or frosted glass of refrigerators shelves, Pace above all uses painting as his favorite medium.


During the summer of 1990 meaningful is the encounter between the sociologist Kurt Heinrich Wolff about the epistemological "surrender-and-catch" concepts that changed the Pace work from figurative painting to the abstract expressionism. His work gives an artistic and intellectual pathway with which Pace reinterprets many psychic realities.


After the figurative period (1977–1990), the abstract period (1990–) is first characterized by the "Periodo dei Legni" (Woods's period 1990–1996) and the "Factor C" studies (1997) and subsequently by the still in progress series, "IDM" (Unshakableness of the Memory, 2000–) and "ATONS" (dedicated to the techno and electronic music, 2005–). Pace is also working on "ENGRAVING" (printmakings elaborate with computer) and "MIDAS", the sculptures/assemblages of jewellery.


From 1996 to 2008, he was university teaching assistant of Sociology of knowledge and History of sociology at the Sapienza University of Rome.


His solo shows includes the Museum of Art of the Parliament of São Paulo (2010), CRC in São Paulo (2010), Theatro Municipal of Jaguariúna (2011), Forte Sangallo in Nettuno (2011), Museum Boncompagni Ludovisi, National Gallery of Modern and Contemporary Art of Rome (2014), Museum Venanzo Crocetti in Rome (2015).