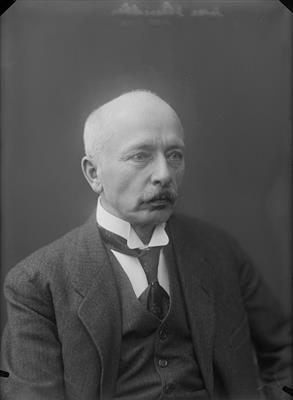 Erik (Eero) Nikolai Järnefelt (8 November 1863 in Vyborg – 15 November 1937 in Helsinki) was a Finnish painter and art professor. He is best known for his portraits and landscapes of the area around Koli National Park.


He was the son of General Alexander Järnefelt and Baroness Elisabeth Järnefelt (née Clodt von Jürgensburg). Several of his eight siblings also became well-known: Kasper [fi] (a literary critic), Arvid (a judge and writer), Armas (a composer and conductor) and Aino (wife of Jean Sibelius).


After graduating from a private academy, he studied at the Academy of Fine Arts, Helsinki from 1874 to 1878, the Imperial Academy of Arts from 1883 to 1886 (where one of his teachers was his uncle, Mikhail Clodt), and the Académie Julian in Paris from 1886 to 1888, where he studied with Tony Robert-Fleury. A major influence was the Naturalism of Jules Bastien-Lepage.


In 1889, he married the actress Saimi Swan [fi]. In 1892, he made his first trip to the area around Koli with Juhani Aho and his wife, the painter Venny Soldan-Brofeldt. He was impressed with the scenery there and would continue to visit regularly until 1936. Later, he made several study trips; to Italy in 1894 and Crimea in 1899. That same year, he helped organize an international exhibition in Saint Petersburg, sponsored by Mir Iskusstva.


In 1901, he built a home that he named "Suviranta" (Summer Beach) at the artists' colony near Lake Tuusula, designed by Usko Nyström. He lived there only until 1917, then moved to Helsinki, but it is still owned and used by his family.


From 1902 to 1928, he taught drawing at the University of Helsinki. He was appointed a Professor there in 1912 and served as Chairman of the "Finnish Academy of Fine Arts". His last major work was an altarpiece for the church in Raahe, completed in 1926. A major retrospective was held in 2013, which included several previously unknown works.