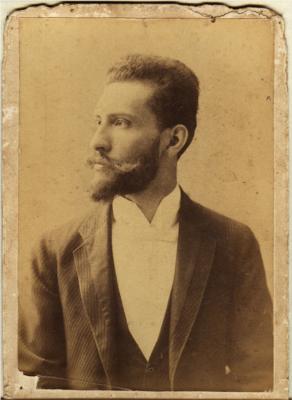 Francisco Arturo Michelena Castillo (Spanish pronunciation: [arˈtuɾo mitʃeˈlena]; 16 June 1863  – 29 July 1898) was a Venezuelan painter born in Valencia, Carabobo State. He began to paint at a young age under his father's tutelage. Traveled to Paris where he studied in the famous Académie Julian. He was the first Venezuelan artist to succeed overseas and, with Cristóbal Rojas (1857–1890) and Martín Tovar y Tovar (1827–1902), one of the most important Venezuelan painters of the 19th century.

His first great success occurred in Paris at Le Salon des Artistes Français in 1887. Encouraged by his teacher Jean-Paul Laurens (1838–1921), Michelena presented a canvas titled L'Enfant Malade (The sick boy) which was awarded the Gold Medal, second class, the highest honor a foreign artist could receive at the salon. The painting was quickly considered a masterpiece and was acquired by the Astors in New York in the late 19th century. Later the painting traveled to South Florida when it was acquired by Owens Burns, a business partner of John Ringling, the circus magnate. After Burns' death the painting was stored in the Ringling Museum's vaults where it remained away from public view for more than 60 years. In 2004 Sotheby's rescued the canvas and arranged for it to be included in an auction of Latin American art. The painting was sold for the record amount of US$1,350,000.