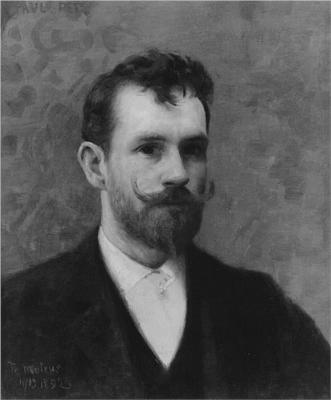 Paul Peel (7 November 1860 – 3 October 1892) was a Canadian academic painter. Having won a medal at the 1890 Paris Salon, he became one of the first Canadian artists to receive international recognition in his lifetime.

Peel was born in London, Ontario, and received his art training from his father from a young age. Later he studied under William Lees Judson and at the Pennsylvania Academy of the Fine Arts under Thomas Eakins. He later moved to Paris, France where he received art instruction at the École des Beaux-Arts under Jean-Léon Gérôme and at the Académie Julian under Jean-Joseph Benjamin-Constant, Henri Doucet and Jules Lefebvre.

Peel travelled widely in Canada and in Europe, exhibiting as a member of the Ontario Society of Artists and the Royal Canadian Academy of Arts. He also exhibited at international shows like the Paris Salon, where he won a bronze medal in 1890 for his painting After the Bath. He was known for his often sentimental nudes and for his pictures of children; he was among the first Canadian painters to explore the nude as a subject.

He contracted a lung infection and died in his sleep, in Paris, France, at the age of 31.

His childhood home is one of the many attractions at the Fanshawe Pioneer Village in London, Ontario.