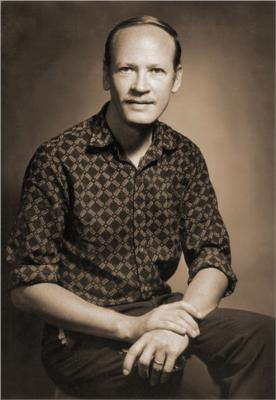 Christo Coetzee (24 March 1929 – 12 November 2000) was a South African assemblage and Neo-Baroque artist closely associated with the avant-garde art movements of Europe and Japan during the 1950s and 1960s. Under the influence of art theorist Michel Tapié, art dealer Rodolphe Stadler and art collector and photographer Anthony Denney, as well as the Gutai group of Japan, he developed his oeuvre alongside those of artists strongly influenced by Tapié's Un Art Autre (1952), such as Georges Mathieu, Alfred Wols, Jean Dubuffet, Jean Fautrier, Hans Hartung, Pierre Soulages, Antoni Tàpies and Lucio Fontana.

Christo Coetzee was born on 24 March 1929 at 54 Biccard Street, Turfontein, Johannesburg to Josef Adriaan Coetzee and Francina Sofia Kruger (1888-1964) (who claimed to be a relation of President Paul Kruger). The family had been farming in the Colesberg district, but were forced by drought and the dilution of income by a large number of sons on the Coetzee family farm, Strydpoort, to seek an income in the rich mining economy of the Witwatersrand some time before Christo's birth. Christo's father developed a lung condition colloquially referred to as miners' phthisis and moved to the building industry, where a talent for drawing became evident. Christo would later attribute his artistic talents to his father and his business acumen to his mother. Christo's father died in 1939 and he was raised by his mother and two sisters, Gertruida (20 years his senior) and Johanna (16 years older).

Christo attended Parkview Primary School and then Parktown Boys' High School, where he became an enthusiastic art student. In the years 1946 to 1950 he attended the University of the Witwatersrand (Wits), where his fellow students were Larry Scully, Cecil Skotnes, Esmé Berman, Nel Erasmus, Ruth Allen (Furness), Gordon Vorster, Anna Vorster and Gerda Meyer (Eloff). With Scully, Skotnes, Vorster and Erasmus, he would become part of the so-called Wits group, a loosely knit group better known for their subsequent careers than any coherent aesthetic philosophy.

After graduation from Wits with a degree in fine art in 1951, Christo Coetzee had his first solo exhibition in January of that year. This exhibition was opened by South African National Gallery director John Paris, and featured portraits in Victorian daguerrotype style.

A Wits scholarship took him to London in 1951 to study at the Slade School of Art under Prof. William Coldstream. The following year, Coetzee and Marjorie Long married in Hammersmith, London and set off to Spain for a honeymoon of several months in the coastal town of Benidorm in Alicante. After her return to South Africa, he spent another six months in London, before returning to Johannesburg at the beginning of 1953.

He was soon occupied with mundane office work, first for the South African Railways, then at Wits, briefly enlivened by an exhibition of small oil paintings at the Lawrence Adler Gallery in Johannesburg. The interest of Cape Town art dealer Louis Schachat was peaked and it became his occupation to acquire Christo's work from this period and the 1951 exhibition. On 6 November 1953, Coetzee was again on his way to London, spurred by a travel lust that would lead to the dissolution of his marriage with Long. She would never again join him abroad.