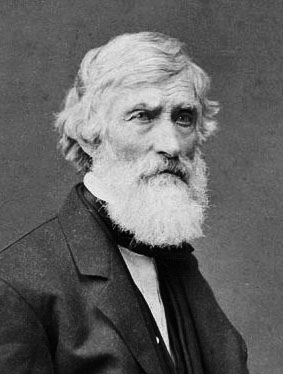 
Durand was born in and eventually died in Maplewood, New Jersey (then called Jefferson Village), the eighth of eleven children; his father was a watchmaker and a silversmith.


Durand was apprenticed to an engraver from 1812 to 1817 and later entered into a partnership with the owner of the company, Charles Cushing Wright (1796–1854), who asked him to manage the company's New York office. He engraved Declaration of Independence for John Trumbull during 1823, which established Durand's reputation as one of the country's finest engravers. Durand helped organize the New York Drawing Association during 1825, which would become the National Academy of Design; he would serve the organization as president from 1845 to 1861.


Asher's engravings on bank notes were used as the portraits for America's first postage stamps, the 1847 series. Along with his brother Cyrus he also engraved some of the succeeding 1851 issues.


His main interest changed from engraving to oil painting about 1830 with the encouragement of his patron, Luman Reed. During 1837, he accompanied his friend Thomas Cole on a sketching expedition to Schroon Lake in the Adirondacks Mountains and soon after he began to concentrate on landscape painting. He spent summers sketching in the Catskills, Adirondacks, and the White Mountains of New Hampshire, making hundreds of drawings and oil sketches that were later incorporated into finished academy pieces which helped to define the Hudson River School.


Durand is remembered particularly for his detailed portrayals of trees, rocks, and foliage. He was an advocate for drawing directly from nature with as much realism as possible. Durand wrote, "Let [the artist] scrupulously accept whatever [nature] presents him until he shall, in a degree, have become intimate with her infinity...never let him profane her sacredness by a willful departure from truth."


Like other Hudson River School artists, Durand also believed that nature was an ineffable manifestation of God. He expressed this sentiment and his general opinions on art in his essay "Letters on Landscape Painting" in The Crayon, a mid-19th century New York art periodical. Wrote Durand, "[T]he true province of Landscape Art is the representation of the work of God in the visible creation..."


Durand is noted for his 1849 painting Kindred Spirits which shows fellow Hudson River School artist Thomas Cole and poet William Cullen Bryant in a Catskills Mountains landscape. This was painted as a tribute to Cole upon Cole's death during 1848, and as a gift to Bryant. The painting, donated by Bryant's daughter Julia to the New York Public Library during 1904, was sold by the library by means of Sotheby's at an auction during May 2005 to Alice Walton for a purported $35 million (the sale was performed as a sealed, first bid auction, so the actual sales price is not known). At $35 million, however, it would be a record price paid for an American painting at the time.


Another of Durand's painting is his Progress (1853), commissioned by a railroad executive. The landscape depicts America's progress, from a state of nature (on the left, where Native Americans look on), towards the right, where there are roads, telegraph wires, a canal, warehouses, railroads, and steamboats.