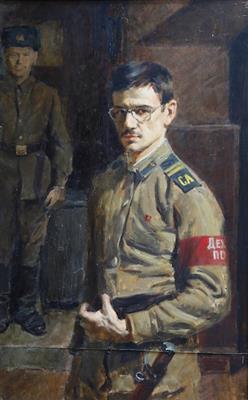 Viktor Alexandrovič Lyapkalo was born September 18, 1956 in Uchta, Komi Republic. He graduated in 1978 from the Art School of Saratov. From 1979 to 1987 he studied at the Saint Petersburg Academy of Arts and had as teachers Vladimir Gorb and Viktor Reichet. He graduated from this institute, completing the work White Night as part of his undergraduate studies. He specialized in landscapes and nudes.

Since the '80s he has lived and worked in St. Petersburg and is a member of the Union of Artists of this city.

His works are in museums and private collections in Russia, Germany, the Netherlands, Belgium and the United States.