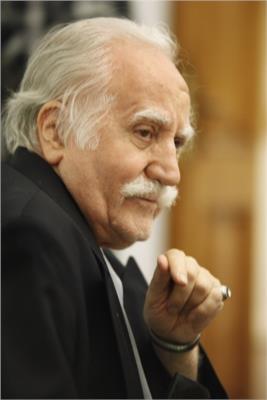 Master Mahmoud Farshchian was born in Isfahan on January 24, 1930. Growing up, he was surrounded by many architectural masterpieces that gradually and subliminally sharpened his awareness of proportion, color, and form. At the age of five, it became evident that his life would be devoted to art and painting. Mahmoud's father, the owner of a leading carpet business, encouraged his interest in design and planted the seeds of art in Mahmoud's heart.

While still in school, Farshchian was invited to learn painting from the famous masters of the time. After graduating from the Academy of Fine Arts in Isfahan, he traveled to Europe to study the works of Western artists. Upon his return to Isfahan, Mahmoud began working in the General Office of Fine Arts (later the Ministry of Culture and Art). He was later appointed to the position of administrator of National Arts. It was then that he joined the Faculty of Fine Arts of Tehran University as an art professor. It was there that he created many of his unique masterpieces.

Farshchian later moved to the United States and currently resides in the New York metropolitan area. When he came to the United States, Farshchian brought with him many treasures which were welcomed by Bibliotheque Nationale, The British Library, Freer Gallery of Art, Metropolitan Museum, and Harvard University. His works continue to be exhibited in galleries and museums throughout Asia, Europe and the United States, as well as in private collections. Master Farshchian has received many awards throughout his life, including a doctorate in fine arts. He has also received much praise from European academies and museums.

Master Farshchian, has achieved a distinctive style and created a school of his own in painting. Some of his talents are his wonderful sense of creativity, his motive designs, his creation of round spaces, his smooth and powerful lines, and his creation of undulating colors. Farshchian's works are a pleasing composition of both nobility and innovation. His themes are cultivated from classic poetry, literature, the Quran, Christian and Jewish Holy books, as well as his own deep imagination. His most outstanding works are based on human affections and moods, which appear most effectively in graceful faces and figures.

While painting, Farshchian often listens to music and these beautiful rhythms set the mood for his bounding, splashing, sometimes wire-thin brush. His pictures urge us to listen with inner ears to "sounds" as architectonic as his lines and forms. There is a rich interplay of gentle sounds: birdcalls, trickles, cascades, gurgles, swoops, and swooshes. His tempests, chilling blasts, raging fires, and blood-curdling cries are expressed so artfully that they never cross the threshold of true horror. So graceful is the whiplash that it cannot sting. Farshchian has told many tales on canvas in his unique expression of sur-naturalism.

Mahmoud Farshchian (Persian: محمود فرشچیان‎, Mahmud Faršciyân; born January 24, 1930) is a master of Persian painting and miniatures. He was born in the city of Isfahan in Iran, a place famed for its art and artists, and it was here where he started to learn art, painting and sculpting.

His masterpieces have been hosted by several museums and exhibitions worldwide. He is the most prominent moderniser of the field of miniatures, an art form which was first established in Ancient Persia and later spread to China and Turkey and other Middle eastern countries.

Master Mahmoud Farshchian was born in the city of Isfahan on January 24, 1930. His father, a rug merchant, was an art aficionado who instilled a love for the arts in his son. Young Mahmoud showed an interest in arts quite early in life and studied under the tutelage of Haji Mirza-Agha Emami and Isa Bahadori for several years. After receiving his diploma from Isfahan's high school for the fine arts, Farshchian left for Europe, where he studied the works of the great Western masters of Painting. Consequently, he developed an innovative artistic style with universal appeal.

Upon his return to Iran, he began to work at the National Institute of Fine Arts (which later became the Ministry of Art and Culture) and, in time, was appointed director of the Department of National Arts and professor at the university of Tehran's School of Fine Arts. All the while, word of his exemplary works spread far and wide beyond national borders. He has been exhibited in 57 individual shows and 86 group shows in Iran, Europe, America and Asian countries. His works are represented in several museums and major collections worldwide. He has been awarded more than ten prizes by various art institutes and cultural centers. He has a doctorate (grade 1 in arts) in Iranian painting and Islamic arts from the High Council of Culture and Art.

"The Museum of Master Mahmoud Farshchian", is a museum devoted to the works of the master, which has been set up by the Cultural Heritage Foundation in the Sa'dabad Cultural Complex in Tehran, inaugurated in 2001.

The design of the Zarih (the box-like latticed enclosure which is placed on top of the tomb), roof, door and cellar in the shrine of the 8th shiite Imam, Ali ibn Mus'ar-Reza in Mashhad and his membership in the committee supervising the construction of the shrine, is another artistic work of the master.

Farshchian is the founder of his own school in Iranian Painting, which adheres to classical form while making use of new techniques to broaden the scope of Iranian painting. He has brought new life to this art form and has freed it from the symbiotic relationship it has historically had with poetry and literature, to give it an independence it had not previously enjoyed. His powerful and innovative paintings are dynamic, expansive and vibrant canvases with an appealing fusion of the traditional and the modern, which are constituents of his unique style of painting.