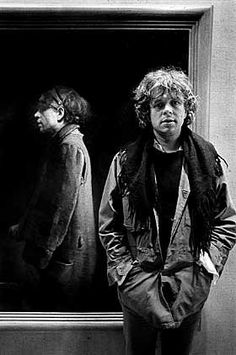 Odd Nerdrum, Norwegian figurative painter and founder of the Kitsch movement, has been a controversial figure in the world of contemporary art. Since the early phases of his career Nerdrum has positioned himself as an outsider. His interest in the tradition and craftsmanship of Old European Masters like Rembrandt and Caravaggio countered the dominant trends of Conceptual and Abstract art of the 1960s and 1970s.

Odd Nerdrum was born in Sweden in 1944 to Norwegian parents, who returned to Norway after the end of World War II. Nerdrum began his artistic education at the Art Academy in Oslo, but quickly became discontent with the academy because of the emphasis on modern art. Instead he focused his energy on teaching himself to paint in a Neo-Baroque style and learning the traditions of European painting. This put Nerdrum at odds with many of his instructors and pupils, causing him to feel isolated among his peers. Later, he studied at the Arts Academy of Düsseldorf under leading German conceptual and performance artist Joseph Beuys. At the beginning of his career, Nerdrum dealt with contemporary social issues, like the sexual revolution in Liberation (1974) and poverty in Morning (1972). His most famous painting from the period is The Murder of Andreas Baader (1977-1978), which dealt with the death of Andreas Baader, one of the founders of the Baader-Meinhof group, a far left militant organization.

During the early the 1980s, Nerdrum changed direction artistically, especially in terms of subject matter. According to scholars, the first sign of this change is the painting Twilight (1981), which portrays a young woman defecating in a forest clearing. The painting signified the change of subject matter: Nerdrum started to turn away from issues of modern society and concentrated instead on portraying the primal human experience. In subsequent paintings, such as Iron Law (1983-1984) and The Ultimate Sight (1985), Nerdrum developed a new world that described an archetypal existence. His figures are most often situated in apocalyptic environments – mainly severe landscapes that were influenced by his studies of the Icelandic landscapes.

Nerdrum’s artistic sensibility is closest to the painting of Baroque painters, Old Masters like Rembrandt and Caravaggio. In his art, Nerdrum calls for a return to the tradition and craftsmanship of European painting. At the opening of his 1998 retrospective at the Astrup Fearnley Museum in Oslo, Nerdrum declared he was not an artist, but a kitsch painter. He later presented his manifesto On Kitsch, which outlined his aesthetics principles. For Nerdrum, kitsch is an artistic device that through narrative and sentiment portrays the human experience, and in the postmodern context it can be a form of avant-garde expression. In a way, Nerdrum’s embrace of kitsch affirms his critique of contemporary art.

Nerdrum also acts as a teacher and mentor in a project named The Nerdrum School. There, he works to advance the teaching of traditional painting methods, like mixing and grinding pigments, stretching out canvases and using life models.

Odd Nerdrum (born 8 April 1944) is a controversial Norwegian figurative painter whose work is held by museums worldwide. Themes and style in Nerdrum's work reference anecdote and narrative. Primary influences by the painters Rembrandt and Caravaggio help place his work in direct conflict with the abstraction and conceptual art considered acceptable in much of his native Norway.

Nerdrum creates six to eight paintings a year that include: still life paintings of small, everyday objects like bricks, portraits and self-portraits, and large paintings allegorical and apocalyptic in nature. Subjects of Nerdrum's paintings are often dressed as if from another time and place.

Nerdrum says that his art should be understood as kitsch rather than art as such. On Kitsch, a manifesto composed by Nerdrum, describes the distinction he makes between kitsch and art. Nerdrum's philosophy has spawned The Kitsch Movement among his students and followers, who call themselves kitsch painters rather than artists.

Odd Nerdrum was born in Sweden in 1944. His parents, Resistance fighters, had been sent to Sweden from German-occupied Norway to direct guerrilla activities from outside the country. A year later, at the end of the war, Odd and his parents moved back to Norway. In 1950, Nerdrum's parents divorced, leaving Nerdrum's mother, Lillemor, to raise two small children, Odd, and a younger brother. Lillemor soon after went to New York to study at the Fashion Institute of Technology. The feeling of being unwanted and abandoned Nerdrum felt at this time would stay with him until he was in his late forties, when he began to understand the underlying reasons for the sensations he felt.

Nerdrum's father, Johan Nerdrum, later remarried. Although he was supportive of Odd, he kept an emotional distance between himself and his son. At his death, Odd was asked not to attend the funeral. He found out three years later that Johan was not his biological father. Odd, was in fact, the result of a liaison between David Sandved and Lillemor. Lillemor and Sandved had had a relationship prior to Lillemor's marriage, and this was resumed during the war in a period when Johan was absent. Richard Vine, art critic, describes this episode in Nerdrum's life as one which created "a conflicted preoccupation with origins and personal identity", that "came natural to Nerdrum" and was represented in his pictures.

Nerdrum began his formal education in 1951 in Oslo, in a private Rudolf Steiner school rather than in the standard, public school system. This education would set Odd apart from his contemporaries. The system was based on anthroposophy that saw mankind as once living in harmony with the universe but now existing in a lesser state of rationality. Through spiritual or esoteric practice, Steiner believed mankind could find its way back to a connection with higher realities and to renewed harmony with the universe. Learning for students was often kinesthetic, for example, through dramatic enactments of history and fantasy, and through musical exercises that were reminiscent of the patterns found on ancient Greek vases, depicting figures moving in parallel patterns. These parallel patterns could be found in later Nerdrum work, as can a sensibility for iconographic images and costume.