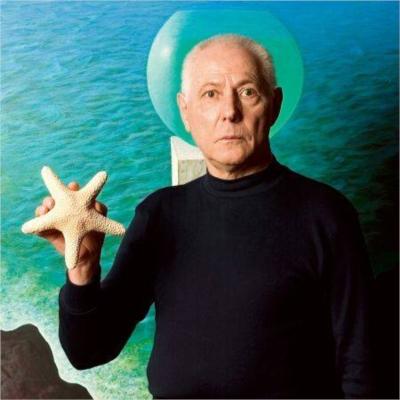 Sabin Bălașa (Romanian pronunciation: [saˈbin bəˈlaʃa]; June 17, 1932 in Dobriceni, Olt – April 1, 2008, Bucharest) was a contemporary Romanian painter. His works are described by himself as belonging to cosmic Romanticism.

He completed his high school education at Frații Buzești High School in Craiova in 1950. Among Bălaşa's most notable works are several large-scale fresco paintings, such as those decorating the inside of the Alexandru Ioan Cuza University of Iași.

In 1973 and 1976 the Bucharest Mayor's office ordered and paid him to paint the portraits of Nicolae and Elena Ceaușescu. In the late 1980s, Bălașa was accused of promoting the cult of personality. Apart from the works contracted by the Bucharest City hall, no other proof has been produced. Bălașa's father and uncle were in fact imprisoned for more than 20 years for opposing the Communist regime.

In June 2005, Bălașa sued the French paper Le Monde for defamation after said paper reproduced a propaganda painting by another painter, claiming it was one of his [1]. Le Monde subsequently acknowledged the error [2]

Galleries in the country and abroad: