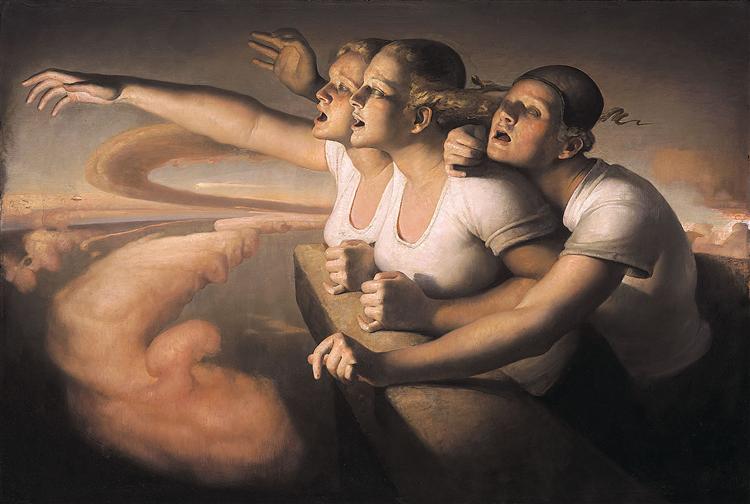 Kitsch (/ˈkɪtʃ/; loanword from German), also called cheesiness or tackiness, is art or other objects that appeal to popular or uncultivated taste because they are garish or overly sentimental, which means that these objects are considered by other people to be ugly, without style, false, or in poor taste but enjoyed or appreciated by still other people in an ironic or knowing way or because it is funny. The word was first applied to artwork that was a response to certain divisions of 19th-century art with aesthetics that favored what later art critics would consider to be exaggerated sentimentality and melodrama. Hence, 'kitsch art' is closely associated with 'sentimental art'. Kitsch is also related to the concept of camp, because of its humorous and ironic nature.

To brand visual art as "kitsch" is generally pejorative, as it implies that the work in question is gaudy, or that it serves a solely ornamental and decorative purpose rather than amounting to a work of true artistic merit. The chocolate box artist Thomas Kinkade (1958–2012), whose idyllic landscape scenes were often lampooned by art critics as "maudlin" and "schmaltzy", is considered a leading example of contemporary kitsch.

The term is also sometimes applied to music or literature.

As a descriptive term, kitsch originated in the art markets of Munich in the 1860s and the 1870s, describing cheap, popular, and marketable pictures and sketches. In Das Buch vom Kitsch (The Book of Kitsch), Hans Reimann defines it as a professional expression "born in a painter's studio".

The study of kitsch was done almost exclusively in German until the 1970s, with Walter Benjamin being an important scholar in the field.

Modernist writer Hermann Broch argues that the essence of kitsch is imitation: kitsch mimics its immediate predecessor with no regard to ethics—it aims to copy the beautiful, not the good. According to Walter Benjamin, kitsch is, unlike art, a utilitarian object lacking all critical distance between object and observer; it "offers instantaneous emotional gratification without intellectual effort, without the requirement of distance, without sublimation".

Kitsch is less about the thing observed than about the observer. According to Roger Scruton, "Kitsch is fake art, expressing fake emotions, whose purpose is to deceive the consumer into thinking he feels something deep and serious."

Tomáš Kulka in Kitsch and Art starts from two basic facts that kitsch "has an undeniable mass-appeal" and "considered (by the art-educated elite) bad" and then proposes three essential conditions:

The Kitsch movement is an international movement of classical painters, founded in 1998 upon a philosophy proposed by Odd Nerdrum and later clarified in his book On Kitsch in cooperation with Jan-Ove Tuv and others, incorporating the techniques of the Old Masters with narrative, romanticism, and emotionally charged imagery.

Some genres of composed music, like Epic music are considered kitsch for their over-romantic or arduous style.