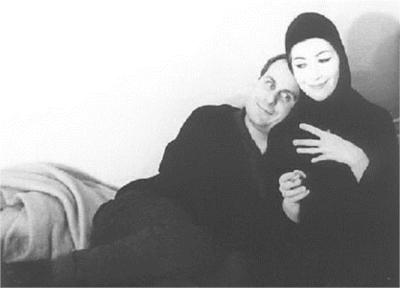 She was the eighth of the nine children of architect Lucien Parent. Between 1942 and 1947 she studied art at the École des Beaux-Arts de Montréal where she met the artist Jean Benoît (whom she later married in 1948). In 1947 she had her first one-woman exhibition at the Dominion Gallery in Montreal which received praise from Time Magazine.

In 1948 she received the Cézanne medal and exhibited at the "Surrealist intrusion into the Enchanter's Domain" in New York in 1960 and in 1966 had a solo exhibition at the "Maya" gallery in Brussels. She has also exhibited in Chicago, London, Lausanne and Frankfurt. She assisted with the organization of the "Exposition inteRnatiOnale du Surréalisme" (EROS) which ran from December 15, 1959 to February 15, 1960 in Paris, and conceived of the concept for the catalogue (although this is often attributed to Duchamp). The exhibition catalogue, titled Boite Alerte – Missives Lascives, was presented as a green box into which ideas could be 'posted'.

She lived and worked in Paris, France. She died 14 June 2005 in Switzerland. Her ashes were scattered by her husband Jean Benoît at Château de Lacoste the estate of the Marquis de Sade in Haute-Provence.