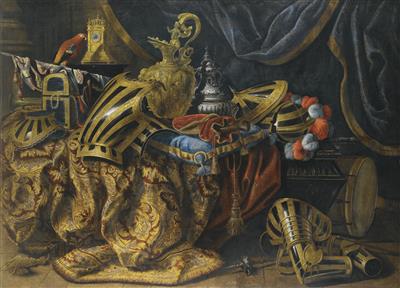 
Boullogne was the daughter of Louis Boullogne, a painter and one of the founders of the Académie royale de peinture et de sculpture, and the sister of the painters Bon, Louis and Geneviève Boullogne. On 7 November 1669 she was received into the Académie royale de peinture et de sculpture. She began working in the royal workshops, notably at the Palais des Tuileries, where she painted four canvases for the antechamber to the Grand appartement du roi, but also at the Versailles, where she painted for the antechamber of the Grand appartement de la reine.


Madeleine Boullogne lived an austere and pious life, teaching many students, remaining unmarried and living with her brother Bon. Marked by a strict Augustinism bordering on Jansenism, she lived a semi-monastic life. Her presence in the Nécrologe de Port-Royal well shows this lifestyle :


She painted many works on life at Port-Royal-des-Champs, that Louise-Magdeleine Horthemels then engraved and which were extremely popular. She also painted still lifes and many portraits, as well as many religious paintings.


Madeleigne Boullogne was forgotten little by little over the 18th century, with some of her paintings even being attributed to others. She is best known for her paintings on Port-Royal, especially since many of her paintings at the Tuileries have disappeared and most of her work at Versailles was destroyed in the construction of the Galerie des Glaces.