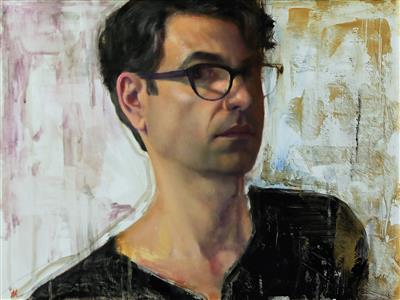 
Born Luis Guillermo Alvarez Roure in Arecibo, Puerto Rico. Roure moved to New York City to study piano performance under the late Cuban-American pedagogue Germán Diez, at City University of New York. Soon after he enrolled at the Art Students League of New York where he studied with Nelson Shanks.


He is known for his portraits of American public figures such as Philip Glass[1], Joshua Bell, Paul Volcker[2], Cándido Camero[3] and Octavio Vázquez.[4] His work has been collected by the Smithsonian National Portrait Gallery in Washington D.C.[5][6], European Museum of Modern Art in Barcelona, Steinway Hall in New York City, and the Federal Reserve in Washington D.C.


In 2019 he was a finalist of the prestigious Outwin Boochever Portrait Competition[7], where his painting Hidden Wounds was one of 46 works exhibited at The Outwin: American Portraiture Today at the Smithsonian National Portrait Gallery. His strengths have been described as "his draftsmanship (...) taken directly from the paintings of past masters" and "the empathy he so evidently feels with his sitters" by Peter Trippi, editor-in-chief of Fine Art Connoisseur Magazine.


Roure has been a resident of Hasbrouck Heights, New Jersey since 2005.