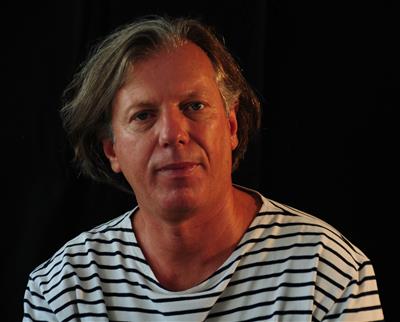 Gazmend Freitag was born on 25 May 1968 in Pataçani i Poshtëm, Kosovo. Even as a child Gazmend demonstrated a talent for drawing and devoted himself to literature.

After graduation in 1987 Gazmend started studying law in Pristina. After two semesters at the University of Pristina access was closed to Albanians by the Serbian authorities. Student protests followed in 1989. Some participants paid with their lives while others were arrested or prosecuted, among them Gazmend, who saw himself forced to emigrate from Kosovo.

In Germany he sought an artist's life. He married and became the father of three daughters. 2004 he left Germany and settled in Linz, Austria.

From1990 to 2013 Gazmend attended courses in oil portrait painting at various academies. 2013 he began to study figure drawing at the University of Linz with Professor Anneliese Oberdanner, a well-known expert in her field.

His work is traditional in nature and is centered on autobiographical elements, landscapes from the country of his birth, memories from his childhood, nudes and figure drawings, portraits and still lifes. He prefers drawing with pencils, chalk and ink as well as oil paintings on canvas.

Strong brushwork and vibrant colors are the hallmark of his paintings. Much of his work is centered upon “beautiful moments” in the tradition of Classical Modernism, with a focus on the European Impressionists.

On canvas, particularly with portraits, he conveys the emotions drawn from the observation of his surroundings and introduces new stylistic dimensions. In addition he offers his reconstruction of reality and underlines with emphasis the facial peculiarities of his portraits. His composition syntax follows the Rules of Art and is completed with romantic considerations.

The art of Gazmend Freitag is deeply connected with the experience of the Kosovo-Albanian Diaspora and to having been driven from his homeland, a fate he shares with countless refugees of the present time. His biography is an example of the successful integration of a sensitive artist with a very positive view of life. Art as a means of communication is a central point of his work.

Since 2004 he is living in Linz, Upper Austria. His work has been seen in Austrian and International exhibitions and art fairs.