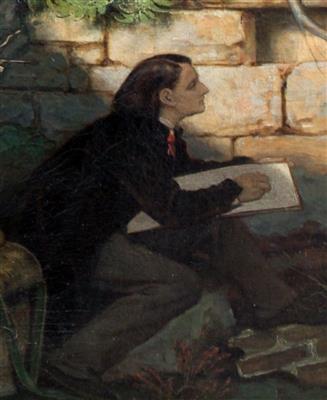 
Binder was born at Vienna in 1805 and received his first art instruction in that city. From 1827 to 1834 he lived at Munich. Two years later he became a teacher at the Stadel Institute, Frankfurt am Main, a post he held until 1839. In 1847 he returned to Vienna and was elected in the following year a member of the Academy, of which he was made a lecturer in 1851. He died in 1864. Binder at first painted portraits, but afterwards turned his attention to historical subjects, a branch of art in which he was very successful. Towards the close of his life he painted frescoes for churches.


The following are some of his best works: