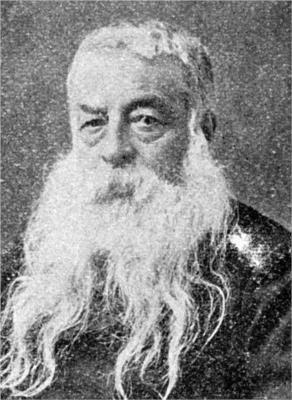 Jean-Louis Ernest Meissonier (French: [mɛsɔnje]; 21 February 1815 – 31 January 1891) was a French Classicist painter and sculptor famous for his depictions of Napoleon, his armies and military themes. He documented sieges and manoeuvres and was the teacher of Édouard Detaille.

Meissonier enjoyed great success in his lifetime, and was acclaimed both for his mastery of fine detail and assiduous craftsmanship. The English art critic John Ruskin examined his work at length under a magnifying glass, "marvelling at Meissonier's manual dexterity and eye for fascinating minutiae".

Meissonier's work commanded enormous prices and in 1846 he purchased a great mansion in Poissy, sometimes known as the Grande Maison. The Grande Maison included two large studios, the atelier d'hiver, or winter workshop, situated on the top floor of the house, and at ground level, a glass-roofed annexe, the atelier d'été or summer workshop. Meissonier himself said that his house and temperament belonged to another age, and some, like the critic Paul Mantz for example, criticised the artist's seemingly limited repertoire. Like Alexandre Dumas, he excelled at depicting scenes of chivalry and masculine adventure against a backdrop of pre-Revolutionary and pre-industrial France, specialising in scenes from seventeenth and eighteenth-century life.

Ernest Meissonier was born at Lyon. His father, Charles, had been a successful businessman, the proprietor of a factory in Saint-Denis, north of Paris, that made dyes for the textile industry. He expected Ernest, the eldest of his two sons, to follow him into the dye business. Yet from his schooldays Ernest showed a taste for painting, to which some early sketches, dated 1823, bear witness. After being placed with a druggist in the Rue des Lombards, at age seventeen, he obtained leave from his parents to become an artist. Following the recommendation of a painter named Potier, himself a second class Prix de Rome, he was admitted to Léon Cogniet's studio. He also formed his style after the Dutch masters as represented in the Louvre.

He paid short visits to Rome and to Switzerland, and exhibited in the Salon of 1831 a painting then called Les Bourgeois Flamands (Dutch Burghers), but also known as The Visit to the Burgomaster, subsequently purchased by Sir Richard Wallace, in whose collection (at Hertford House, London) it is, with fifteen other examples of this painter. It was the first attempt in France in the particular genre which was destined to make Meissonier famous: microscopic painting miniature in oils. Working hard for daily bread at illustrations for the publishers Curmer, Hetzel and Dubocherhe, Meissonier also exhibited at the Salon of 1836 with Chess Player and the Errand Boy.

In 1838 Meissonier married a Protestant woman from Strasbourg named Emma Steinhel, the sister of M. Steinheil, one of his artistic companions. Two children were born in due course; Thérèse (1840), and Charles. On the birth registration of his daughter he described himself as a "painter of history".

After some not very happy attempts at religious painting, he returned, under the influence of Chenavard, to the class of work he was born to excel in, and exhibited with much success the Game of Chess (1841), the Young Man playing the 'Cello (1842), Painter in his Studio (1843), The Guard Room, the Young Man looking at Drawings, the Game of Piquet (1845), and the Game of Bowls, works which show the finish and certainty of his technique, and assured his success.