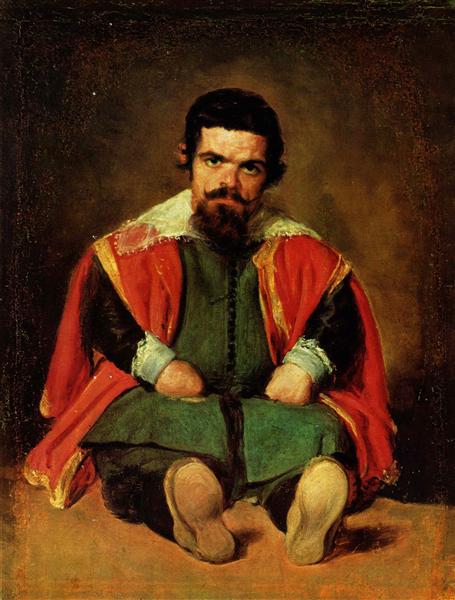 Velázquez portrays his whole body, sitting on the ground, wearing a rich cloak and with his short legs pointing forward in an inelegant position reminiscent of a marionette. He looks directly at the viewer, motionless, making no hand gestures, leading one critic to suggest that the painting represents a denunciation of the court's treatment of de Morra and other dwarfs. While Velázquez's naturalistic and charitable depictions of the invalids and dwarfs maintained by the court strongly suggests he, as court painter, felt some empathy with their situation, the painter's opinions are not known in any documented fashion.