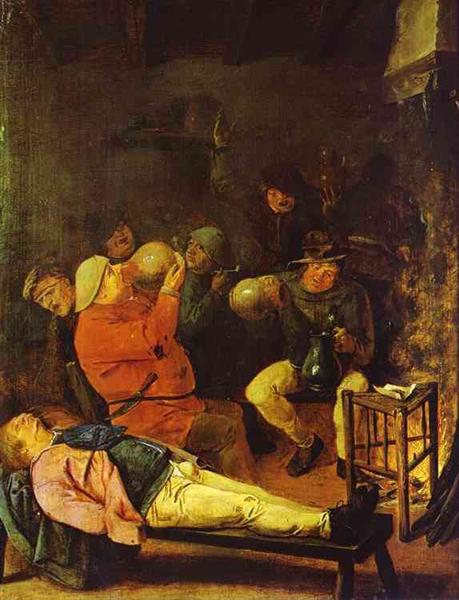 In 1527 Europe, religious dominance had the power to direct and inform the content and climate of society's artistic output. At the time, a backlash against the conservative Protestant Reformation was compelled by the Catholic Church to re-establish its importance and grandeur within society. Artists followed suit by reviving Renaissance ideals of beauty, infusing into the era's artwork, music, and architecture a revived nod to classicism further enhanced by a new exuberant extravagance and penchant for the ornate. This highly embellished style was coined Baroque and became marked by its innovative techniques and details, delivering a lush new visual language into what had been a relatively toned-down period for art.

Baroque disseminated throughout Europe, primarily led by the Pope in Rome and Catholic rulers in Italy, France, Spain, and Flanders. It was further disseminated by powerful religious orders through their extensive network of monasteries and convents. The style spread rapidly to France, northern Italy, Spain, and Portugal, then to Austria and southern Germany.

Baroque brought images for religious worship back into the public eye after being banned for their glorification of the ethereal and ideal. The art was to be easily understood and strongly felt by common people with the effect of encouraging piety and awe for the church. Baroque churches became a pivotal example of the invigorated emphasis on the glory of Catholicism with their designs that incorporated a large central space with a dome or cupola high overhead, allowing light to illuminate the space below. The dome was one of the central symbolic features of baroque architecture illustrating the union between the heavens and the earth. Extremely intricate interiors, rife with ornamentation, allowed for a feeling of being fully immersed within an elevated and sacred space.

The defining characteristics of the Baroque style were: real or implied movement, an attempt to represent infinity, an emphasis on light and its effects, and a focus on the theatrical. A number of techniques were introduced or further developed by Baroque artists to accomplish these effects including quadro riportato (frescos that incorporated the illusion of being composed of a series of framed paintings), quadrature (ceiling painting), and trompe l'oeil techniques. This allowed for a blurring of the boundaries between painting, sculpture, and architecture that was signature to the movement.
Baroque ushered in a new era for European sculpture, led largely by the work of Gian Lorenzo Bernini, which emphasized sensual richness, dramatic realism, intense emotion, and movement. In Baroque sculpture figures assumed new importance, often spiraling outward from a central vortex, reaching into the surrounding space, meant to be seen in the round from multiple perspectives.
The use of chiaroscuro, in which the treatment of light and dark in an artwork helped to create dramatic tension, was a key component in Baroque artwork. It was further evolved by Baroque master Caravaggio into tenebrism, which used the intensification of contrast within dark atmospheric scenes to spotlight particular elements.

Unlike the large-scale, public, religious works of Baroque artists in Catholic countries, Baroque art in Protestant Holland (often referred to as the Dutch Golden Age) was exemplified by a new type of easel-art - a glossy form of genre painting - aimed at the prosperous bourgeois householder. This new Dutch Realist School of genre painting also led to enhanced realism in portrait art and landscape painting, flower pictures, animal compositions, and, in particular, to new forms of still life painting, including the Protestant-inspired genre known as vanitas painting (flourished 1620-1650). Different towns and areas had their own 'schools' or styles, such as Utrecht, Delft, Leiden, Amsterdam, Haarlem, and Dordrecht.