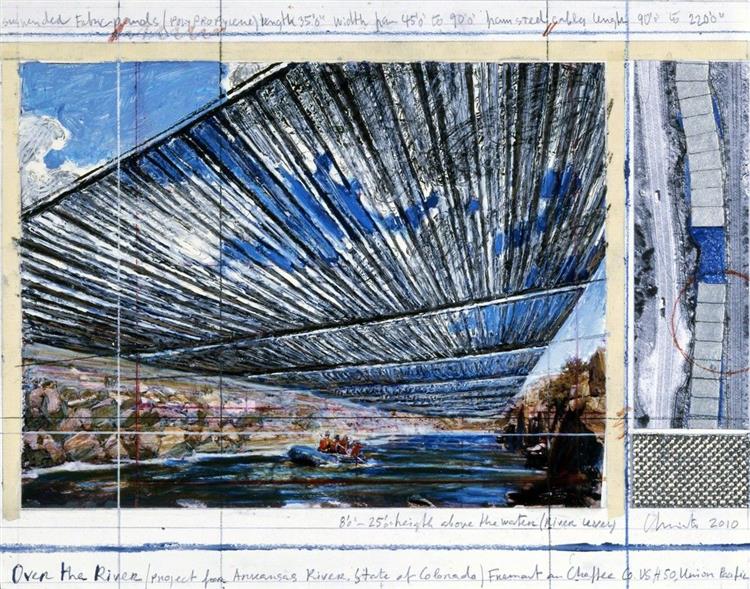 Over the River (Unrealized)

Jeanne-Claude died in 2009, yet despite her instrumental importance to their joint endeavor, Christo continues to work on ideas they planned together. There are a lot: Christo estimates that in the past 50 years, he has realized 23 works, but failed to secure permission for a further 47 of them. Perhaps the most notable of the latter group is a project to cover six miles of the Arkansas River with reflective fabric, creating a psychedelic tunnel through the rugged valleys of Colorado. Local wildlife conservationists repeatedly blocked the idea, but for a time, it really did look as though his concept might come to fruition.

However, in January 2017, Christo announced that he was pulling out. Having spent a reported $15 million of his own money on the project, he went on the record to state that he could no longer continue in good conscience. The problem, it turned out, was the owner of the proposed site: the American government. “I can’t do a project that benefits this landlord,” Christo told the New York Times. When asked to clarify his statement, he explained, “The decision speaks for itself. My decision process was that, like many others, I never believed that Trump would be elected.” Make of it what you will, but in a half-century of creating art, it is the most direct political statement Christo has ever made.