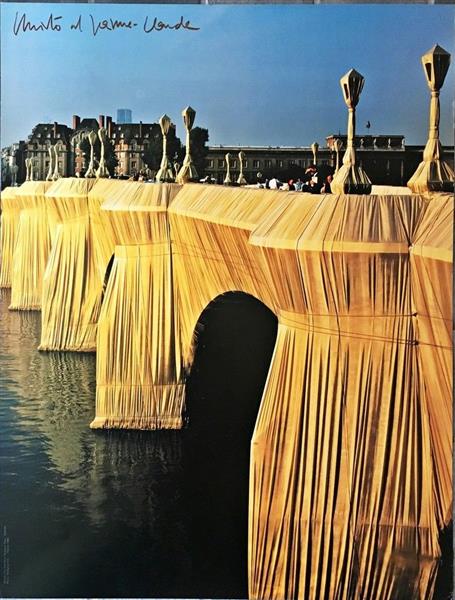 Spanning the Seine River and crossing the western tip of the Ile de la Cité, Pont Neuf is Paris’s oldest bridge and one of its most historically important monuments. “I wanted to transform it, to turn it from an architectural object, an object of inspiration for artists, to an art object, period,” Christo told Le Figaro in 1985. To do this, he planned to wrap the entire structure in plastic fabric, creating a bizarre and distinctly modern illusion in the most ancient part of Paris.

Beautifully simple though the idea was, its execution would be anything but. Christo and Jeanne-Claude had worked with historical buildings before, but had never approached one that was both an icon of a major city and a busy public thoroughfare. This did not deter them, and in 1975, they began raising funds for their first big project in the French capital since 1962. This time, however, it was clear they would need permission from a dizzying number of different administrative bodies. After nearly a decade of negotiations, the project was completed in September 1985 to a sensational response, making Christo (if not Jeanne-Claude) one of the most famous artists in the world.