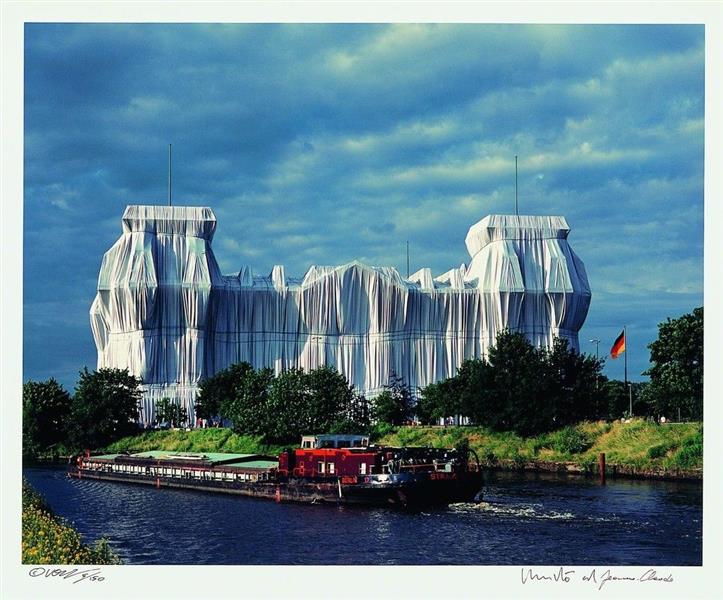 In 1976, Christo travelled to Berlin for the first time. It proved to be an extremely significant visit. Even 19 years after his escape to the West, he had good reason to fear that he might be kidnapped by Communist spies and taken back to Bulgaria for punishment. Nevertheless, he was drawn to the no-man’s-land between East and West Berlin, and particularly to its most prominent landmark. The Reichstag, an old German parliament building, had stood almost completely disused since it was set on fire in 1933, an event that prompted the Nazis to more or less suspend the country’s constitution.
Christo and Jeanne-Claude spent the best part of the next 20 years petitioning for permission to create a work on the site, a concept not dissimilar from their Pont Neuf project: it would see a huge building freighted with historical significance draped in fabric, symbolically hiding the past and creating a blank slate for modern German identity. The idea proved controversial even after the fall of the Berlin Wall in 1989, but in 1994, Christo and Jeanne-Claude finally received permission for this most ambitious project. Once completed the following year, Wrapped Reichstag captured the attention of the world, and became a symbol of the united Germany. It’s no exaggeration to say that this extraordinary achievement marked the rebirth of Berlin as a world city.